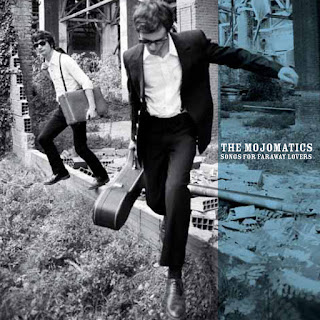 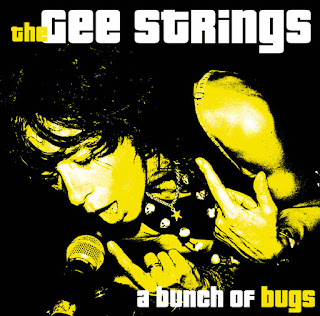 Can you believe that we are now a decade removed from 2006? I sure can't! My mind perceives 2006 like it was just yesterday, but the calendar says it's been ten years. Consider the evidence. In 2006, Barack Obama was still a first-term senator for the state of Illinois. Drake was just a kid actor dabbling in music. MySpace was still a thing. A BlackBerry was a cutting edge smartphone. People still went to video stores to rent movies. And I was still doing a webzine on a Geocities page builder - reviewing music that I listened to exclusively on records and CDs.

So here we are a decade later. I decided to go back and re-do my top ten from 2006. I think it's pretty neat that the majority of the bands on this list remain active today. Those of you who've been following my writings for a long time will likely remember these albums well. And if these releases were a little before your time, I totally recommend seeking them out. You can hear most of them in their entirety on YouTube. On that note, let's get to it: my top ten punk/garage/powerpop albums of 2016!

10. Shock Nagasaki - Year of the Spy
Shock Nagasaki's one and only album, Year of the Spy was one of the great overlooked punk releases of its time. Out of Syracuse, New York, this band sounded more like London 1980! From start to finish, it's punk anthems galore in the vein of Chelsea and The Professionals! Listen to the full album over at YouTube.

8. Mind Controls - self titled
Mind Controls were led by Mark Sultan (Spaceshits, Les Sexareenos, The King Khan & BBQ Show). I like this album as much as anything in Mark's catalog - which makes sense given the pure '77 punk style of the record. This turned out to be the only album Mind Controls ever made. Listen here!

7. The Suspicions - self titled
It was still pretty rare a decade ago to hear a band doing a 50/50 mix of garage punk and power pop. That sort of thing is common today - proving The Suspicions to be a band ahead of their time. The Suspicions' debut album was one of Rip Off Records' last - and most influential LP releases! All ten tracks are on YouTube.

6. The Checkers - Running With Scissors
Who remembers Teenacide Records? This was the hot label for female-fronted So-Cal power pop in the mid-2000s (Rocket, The Holograms), and The Checkers were the best of the lot. If Blondie and the Buzzcocks had made a baby...

5. Something Fierce - Come For The Bastards
Sure: In 2006, I could not possibly have foreseen the heights that Something Fierce would achieve on its later albums. But even then, I sensed that this Houston trio was on to something special. If you listen to this formidable mix of scorching garage numbers and hook-laden '77 style punk tunes, you'll conclude that the band's eventual signing with Dirtnap Records was inevitable. A truly great debut, and you can hear the whole thing here!

4. The Tattle Tales - Hearts In Tune
This is one of those albums that has stayed with me through bad times and good - a wonderful fusion of pop-punk and '90s influenced alt rock power pop starring the immensely talented Christian Migliorese. Listen and download here - the best five bucks you'll EVER spend! A pop masterpiece.

3. The Mojomatics- Songs For Faraway Lovers
Every time you turned around in the mid 2000s, it seemed like The Mojomatics had a new record out that you just had to own. Songs For Faraway Lovers remains the duo's masterpiece - precisely the album you would hope to get when a couple of Italian guys obsessed with American roots music endeavor to write perfect pop songs in the garage. Check it out!

2. The Kidnappers- Neon Signs
The Kidnappers were one of my favorite bands of the 2000s, and Neon Signs is the album of theirs that I turn to the most. If Ransom Notes and Telephone Calls was garage punk leaning towards power pop and Will Protect You was power pop with a trace of garage punk, Neon Signs was the best of both worlds. Seriously: how can you beat "Trainticket" and "I Hate Your Band"? I would like to thank Germany for bratwurst, Helles lager, and The Kidnappers.

1. Beach Patrol- It's Only Greener 'Til You Get There
I can still remember pulling this CD out of the mailbox and thinking, "Who are these guys?!" But once I popped the disc in my car player, it was instant love. It's Only Greener 'Til You Get There was my album of the year for 2006, and it holds its ranking a decade later. Give it a listen, and be sure to check out the band's brilliant new album Eudaimonia!

So there you have it! For my thoughts on the best records of twenty years ago, check out this list I did back in 2012!

great update josh, i love when you do posts like this, especially like on this occasion where i've not heard of many of your selections. i'll definitely be checking them out. if anyone is after any more chart action, on the just some punk songs internet show this sunday at 8pm (gmt) i'll be playing the 20 most viewed songs since the blog began. there's songs by bands you'll know well and ones by bands you might not be familiar with so if you're at a loose end (it'll be sunday afternoon for you guys in america) it'll be aired here : http://mixlr.com/mick-fletcher/