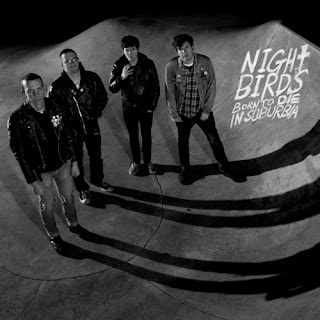 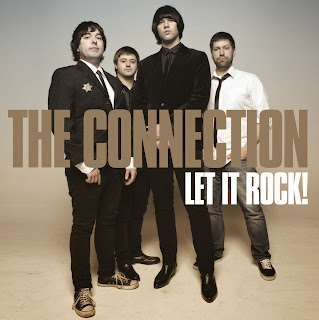 I knew as far back as this past spring that my 2013 top ten was going to be my most formidable list since the early 2000s. And now that said list has been finalized after numerous revisions and a great amount of internal deliberation, I can say with certainty that this has been one of my all-time favorite years for new music. Several of my favorite bands released new albums this year, and none of them disappointed. There were also a number of releases that came out of nowhere to surprise me. Night Birds' Born To Die In Suburbia was a runaway winner for album of the year. And there were a lot of selections behind it that could have been album of the year winners in most other years. It was such a good year that I had to leave out exceptional LPs by Bad Sports, The No Tomorrow Boys, the Steve Adamyk Band, and Glitz. And that was not easy to do.

Alright, on to the list! For what it's worth, exactly half of these albums were sophomore releases. I suppose there's something to be said for going all out to top a great debut album. Most of these selections can be streamed for free, so you don't have to take my word for it that they're great! Read on and listen up!

10. The Sensibles - A Bunch of Animals
Female fronted pop-punk from Italy that will put a huge smile on your face. I feel like a jerk for not rating it even higher.

8. Stiletto Boys- Liberator
The long-awaited third (and final?) installment of the Stiletto Boys' trilogy. If you loved the first two albums, you've got to have this one too.

7. The Love Triangle - Clever Clever
This album could pass for a long lost classic of 1977 U.K. pop/punk.

6. The Connection- Let It Rock!
Adding touches of country rock and '70s Stones swagger to their throwback British Invasion sound, The Connection stepped up big-time on their sophomore LP. No wonder Little Steven loves 'em!

3. Wyatt Funderburk - Novel and Profane
One of the power pop world's finest songwriters and producers finally gave us a solo album, and it was amazing as expected! "If I Ever Wanted Easier" is absolute perfection.

2. Radioactivity - self titled
It's not really a new Marked Men album, but it's the next best thing. Perhaps a little more power pop than the Marked Men - which is fine by me!

1. Night Birds- Born To Die In Suburbia
There are many things I love about Night Birds' sophomore LP. But perhaps the coolest is that the record takes inspiration from the melodic hardcore and surf-punk sounds of the early '80s and genuinely refashions them for our present times. While not quite a concept album, Born To Die In Suburbia paints a grim and remarkably on-point portrait of a modern society ravaged by dysfunction, despair, and endless enslavement to technology and consumerism. Great songs, great lyrics, great music. This isn't just my album of the year. It's my album of the decade so far!

And thus concludes part one of F & L's year-end festivities. I'll be posting our reader top tens on Monday, so feel free to email your list to me at fasterandlouderblog@gmail.com!