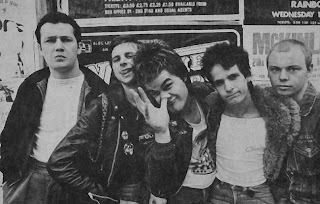 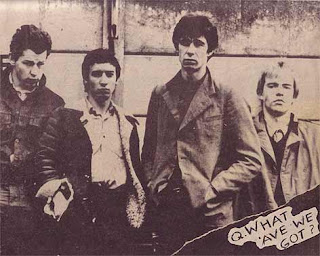 How about a band battle on the classic Oi! front? This one ought to be a heavyweight fight for the ages. Of all of my battles so far, this one may be the most evenly matched. We're talking about bona fide titans squaring off. In one corner, you have the definitive Oi! band of all-time. In the other corner, you have the band that gave us Shock Troops, one of the greatest albums ever made. In real life, you don't have to choose one or the other. But on the band battlefield, somebody has to win. I love both. You love both. But if you had to pick one of the two, which band would get your vote?

As the "impartial" moderator, I will for the time being refrain from taking a side. You, dear readers, have the power of vote. Sham 69, I think, has the slight edge in overall body of work. But Shock Troops is certainly the single best album made by either band. Single best song? I'd probably go with Sham's "Borstal Breakout". But a strong case could be made for Cock Sparrer's "Where Are They Now?". I know, I know: we could do this all day.

Clearly, these are two of the greatest punk bands ever. I'd say they've been equally influential and equally important. But when push comes to shove, which of the two do you listen to more often? If you were banished to a deserted island and could only take along music by one of these two bands, who are you picking? If you could go back in time and witness only one of these bands in its prime, who would you see?

We are nearing a day of great decision. Now is not the time to sit on the fence. Let your voice be heard. Who are you taking: Sham 69 or Cock Sparrer?

Cocksparrer, of course. Shock Troops boot-stomps the faces of most albums, even other great ones. Wonder if the "lads" in the outstanding ESPN spot are familiar with 'em. Perhaps Becky knows their stuff.

Cocksparrer is my favorite in the Battle of OI!. Listened to them back in my younger days, coupled with movies like "mean streets' the Brittish film, Cocksparrer pushed me into the Boston Punk scene of the mid 90's, cyclone records and early DKM releases. "We're coming back for you" is one of my favorite tracks ever, stuck on an island, or back in the days of Oi! i stand with Cocksparrer, OI OI OI!