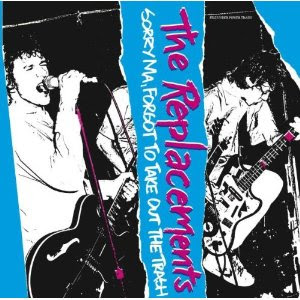 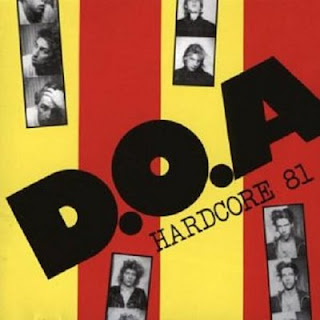 One objective I have for this blog is to revive certain features from the early days of Now Wave Magazine. One of my favorite Now Wave components was list making. Man, I loved my lists! Even at the end, I was still doing 'em. In 2007, I started counting down the 20 greatest punk records of 1977 to celebrate the 30th anniversary of, uh, 1977. I got somewhere close to finishing before the zine folded. So what the hell! It's 2011. How about we go back 30 years and count down the 10 greatest punk albums of 1981? This list will be nowhere near as awesome as the '77 list. Punk was changing. The first wavers had, for the most part, broken up or stopped playing punk. It was the dawn of hardcore. But still, these are some classic albums! If I've forgotten, overlooked, or omitted any essential titles, I trust that you'll let me know!

10. Adicts- Songs of Praise
One of the few bands of their era that stuck to a melodic '77 punk style. I'm still pretty sure that's secretly Robert Smith on vocals.
9. Replacements- Sorry Ma, Forgot to Take Out the Trash
Not their best album, but even playing sloppy punk these guys were genius.
8. Angelic Upstarts- 2,000,000 Voices
Classic band, underrated effort.
7. Agent Orange- Living in Darkness
Probably should have ranked it higher!
6. TSOL- Dance With Me
Hard to beat early TSOL!
5. SLF- Go For It
Obviously not as "punk" as the band's first two albums, but bloody good nonetheless. The older I get, the more I appreciate mid-period SLF.
4. X- Wild Gift
Call me a blasphemous, but I think this is their best album.
3. Black Flag- Damaged
I know: Rollins was probably the third or fourth best Black Flag singer. But there's no denying that Damaged is a beast of an album and a true classic of hardcore punk.
2. D.O.A.- Hardcore ’81
This one is up there with the all-time classics of early punk. If all "hardcore" sounded like this, I’d like hardcore a lot more!
1. Adolescents- self-titled
In my opinion, the third-greatest punk album of all-time. Check out my review over at Dirty Sheets!

Looks like I screwed up the release date of Songs Of Praise. I swear, my copy says 1982.

It probably does. The album was re-issued in 1982, and I'm sure that pressing is more common.

That would explain the label trouble...If you can't figure out how to spell your own name, you might have difficulty selling records!

Wow, an impressive list. You know, i dont have too much DOA and Im thinking that I should... And Im glad someone thinks the same concerning WILD GIFT... I have spent many hours going over the song list from both X releases and I even told John Doe, in an appearence promoting his solo stuff at SHAKE IT RECORDS I even told him that WILD GIFT was their best, and my favorite record and I blamed Ray Manzerek over-produced LOS ANGELES and completely RUINED the song NAUSEA. And what did he say?

That would be a great topic for a blog post: all-time mis-produced punk albums. Seriously, what in the hell did Ray Manzerek know about punk rock? How did the Dead Boys get stuck with Genya Raven? And let's not even get started on the first Fear album! Shawn, you've opened a door to a fascinating discussion!

I have a musician friend that had MOJO NIXON working as a producer on his stuff and said Mojo didnt really bring anything to the project much except being drunk and high. I dont know if the sessions got any better really but to be honest, i was sort of shocked... and not in a good way.

John Doe said i wasnt the first to tell him Ray Manzerek ruined what he did, to which i responded "Well, being who I am, the year it is and where im located; I certainly hope NOT"

But then that X anthology double disc came out and all the X reissues came out with bonus tracks which sorta righted wrongs...

Plus, theres those cool tracks from the DECLINE soundtrack... X are such an amazing band... When I seen them live this lil old lady tapped on my shoulder when i was waiting outside the bathroom at BOGARTS for Julie... It was Excene. She asked me where the dressing rooms were. After I told her she said "Thanks sweetheart"

So its official, I am a sweetheart.

X and Fear both never sounded better than they did on the DECLINE soundtrack. But even an overproduced Los Angeles is still really effing good. Imagine, though, how hot that band could have sounded circa 1980 with a punk-savvy producer like Thom Wilson! Billy Zoom on guitar was insane. What a great band.

Who else likes the first Joe Wood-led TSOL album? I rank it just behind Beneath The Shadows as their best work.

Second honorable mention for the above list: the Professionals - "Didn't See It Coming".

While I'm not a huge fan of Joe Wood era TSOL, I gotta say they fared better than a lot of bands of that era who really went to crap. Some people called TSOL a West Coast Misfits, but to me they were more like an American Damned. So yeah, good stuff.

TSOL had way more in common with The Damned than the 'Fits, because of their chameleon ways. I'm even OK with their hard rock stuff, a la "The Name Is Love."

Honorable mention for the above list: The Plugz "Better Luck"

No Walk Among Us?