The Dictators or the Dolls? 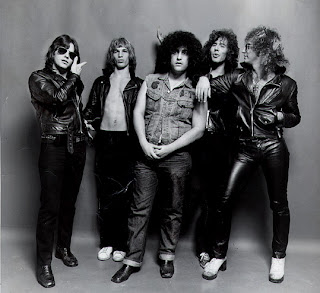 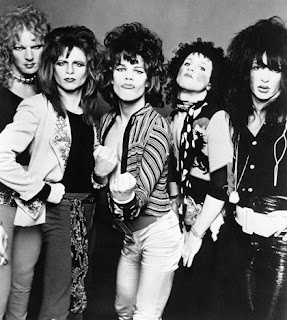 The Dictators or the Dolls? I mean, if you had to pick one of the two. It’s a compelling question, is it not? My partner in bloggery, one Gunther8544, likes to pose this query to friends, associates, and people on the street. I’m guessing the majority response is the Dolls, given that they along with the Stooges and MC5 are generally considered the immutable holy trinity of proto punk. G himself would vote for the ‘Tators, as would I (What’s the name of this blog?).
Here’s how I see it. It’s almost too close to call. You’re talking about two of the greatest rock and roll bands this world has ever known. There’s no wrong answer here. So it comes down to personal preference. I really like the Dolls. But I fucking LOVE The Dictators! The Dolls’ gender-bending urban sleaze aesthetic was cool. But the ‘Tators world of TV and wrestling and fast food and babes was even cooler. Maybe if I were more into guitar playing, I’d favor the Dolls and the world-altering greatness of Thunders/Sylvain. But I’m more into great songwriting, and in that department it doesn’t get any better than Andy Shernoff. The dude belongs in the Rock and Roll Hall of Fame!
The concept of greatness by association is quite subjective, but it usually works. If I meet someone who’s into the Dolls, I know right off this person has awesome taste in music. But if I meet someone who’s into the ‘Tators, I know right off this person and I were meant to be friends. True story: my long friendship with Now Wave consigliere Dave Getzoff actually began a decade ago when he burned me a copy of D.F.F.D. Dave’s favorite song of all-time is “Stay With Me”. I’m betting he’d pick the ‘Tators over the Dolls too! How about you?
- L.R.
Posted by Lord Rutledge at 12:28 PM

I'd have to go with The Dictators. Hands down.

A tougher question might be: Go Girl Crazy! or Bloodbrothers?

Super tough, but I'll go with Bloodbrothers since Handsome Dick was full-time on vocals at that point.

Bloodbrothers might be my pick in the end, but every spin of GGC narrows the gap. "Weekend" and "Teengenerate" are among my favorite 'Tators tracks.

I know! Some truly classic songs on GGC. You can't go wrong with either album.

I still crack up at their take of "I Got You Babe"!

I picked The Dolls, but really, I like my Dictators records better. As aesthetics go, I really liked how the dolls gender bending thang was viewed by the ordinary public, how they shocked people and how they looked shocking... but int he end, I would have been standing in some alley drinking 40's and sweating heavy with the Dics flipping around butterfly knives thinking I looked tough.

Some all-timers on Manifest Destiny, too. "Exposed," "Steppin' Out," "Science Gone Too Far"...

Oh, the characters in "The Warriors" were probably Dictators fans.

If I ever make it back to NYC, I'm getting a pic with HDM.