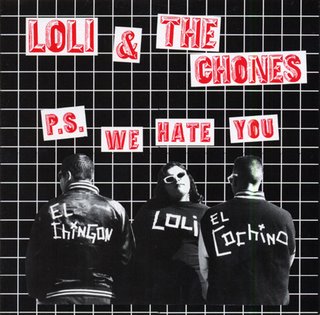 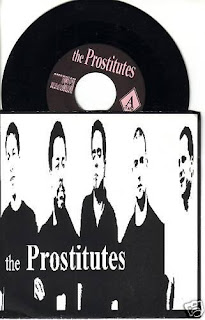 If the two greatest eras of punk rock were the late ‘70s and the early ‘80s, then the mid-‘90s are a solid #3. There was so much awesome music coming out that it inspired me to start a zine back in 1995. 16 years later, here I am still. After the dark years of the mid-to-late ‘80s when punk got really shitty, the early ‘90s offered hope in the form of burgeoning garage and pop-punk scenes. The sudden “mainstream” success of certain punk bands was lamented by purists as a sign of the apocalypse, but in actuality the genre’s exploding popularity had an almost entirely positive impact on underground punk. More people were getting into punk music. More people were starting bands. By ’94-’95, there was a full-on “old school” punk revival in place with groups like the Spent Idols and Stitches emulating the style and sound of ‘77. Cool new labels like Pelado and Mutant Pop had arrived on the scene. If ’95 was a great year for punk, ’96 was even better. And ’97 was epic! Looking back, it was probably the greatest year for punk rock since the early ‘80s. And although it was a tremendous year for singles (Fuses, Stitches, Bobbyteens, Stiletto Boys), ’97 was truly the year of the album. I remember how I originally ranked the best punk albums of ’97, and today my list isn’t really that different. So here goes:

15. Mr. T. Experience- Revenge is Sweet and So Are You (Lookout!)
MTX was the top shelf of ‘90s pop-punk. Coming a year after the band’s best album Love Is Dead, Revenge was more of the same and remains one of the most underrated MTX titles.

14. The Spaceshits- Winter Dance Party (Sympathy for the Record Industry)
A classic garage punk title. Why is it only #14?

12. Various artists- This Is It: Punk Rock That’s Real (Pelado)
THE definitive comp of the old school punk revival. Featured Pelado mainstays the Dimestore Haloes, Bladder Bladder Bladder, and the Prostitutes plus the likes of Moral Crux, the Spent Idols, Workin’ Stiffs, Dropkick Murphys, Reducers SF, The Suspects, and Dead End Cruisers. Who else remembers The Cheatin' Hussies?

Happy go lucky German youths obsessed with 1979 power pop turn out a classic of the genre.

10. The Johnnies- 12 Steps To Nowhere (Lawless)
Boston’s best band of the mid-‘90s. Imagine the songwriting of the Undertones with the guitars of the Dead Boys and a sound not unlike The Dogmatics. Shoulda been huge!

8. Dimestore Haloes- Thrill City Crime Control (V.M.L.)
A brilliant debut and the only Haloes album to feature the "classic" lineup of Chaz, Lorne, Marcus, and Jimmy. Thanks, Vinny, for the pink vinyl copy!

7. The Yum Yums- Sweet As Candy (Screaming Apple)
Just about the greatest power pop album ever made.

If not quite as good as the previous year's Unhappy Hour, it's still a timeless distillation of Johnny Thunders guitars, Bay City Rollers pop hooks, and Westerberg-ian lyrics.

4. The Prostitutes- Can't Teach Kids Responsibilty (Pelado)
Snotty punk rock of legendary proportions. If the Pagans had made a record for Dangerhouse in 1978, it might have sounded like this.

3. Loli and the Chones- P.S. We Hate You (Rip Off)
This garage punk classic would have been the #1 album of almost any other year. Teengenerate meets the Angry Samoans.

1. The Donnas- self titled (Super*Teem)
Nikki and the Corvettes meet The Ramones in Supercharger’s garage. A masterpiece.

High honorable mentions go to Guitar Wolf's Planet of the Wolves and The Motards' Saturday Night Special Ed. Surely I'm forgetting quite a few great punk LPs from '97. What can I say? I'm getting older, and my memory fails me. I'd love to come up with a few more and make this a full Top 20. Help a brother out!

I remember THE CHEATIN' HUSSIES Josh! Actually I was lamenting about Kenny in Gunthers and mines weekly communication yesterdays eve.

Now the Cheatin' Hussies were damn good but his work as/in THE COCKSPANIELS and before them, THE SWEATY WEAPONS was mindblowing. I place KENNY HUSSIE (Kenneth Halbert III) up there as one of the most influential people and artist I have ever
known...

Then we have KILL THE HIPPIES... Sheesh, dont get me started.

Yer list is awesome. Im proud to say "Hey, cool! I have that one annd that one...

You just touched on how many awesome compa came out too... THIS IS IT may have been an Era- Definer too. Did you ever get ahold of a copy of LETS GET KILLED? From Cockpunch Records in 2002... I feel now as though that may be a definer too, but on a smaller, more personal scale. Im proud to be included on it as amember of The Socials & Zero Crag....

But seriously, what an impressive list. I enjoyed it. Cant wait to comment away with this one

Never made the connection between The Cheatin' Hussies and Kill The Hippies. I'll dig that comp outta the archives this week.

Think I'm gonna have to do a "1977 Revisited Part Two" post eventually just to cover all the 7-inch goodness released that year...If I can remember all of it! Fuses "New Bomb" may have been the greatest EP of the '90s. Stitches put out like three singles that year alone. Registrators' "TV Hell" was pretty essential.

Man, I wish I would have kept all my old zines. That would make researching this stuff so much easier!

I'll look at issues of NWM and RNRO later tonight.

Like we spoke Gunny. Kenny from the Cheatin' Hussies played drums in one of KTH'S most memorable line-up... He also helped release quite possib,y (in my opinion) one of the best 7"s ever.

Yeah, dig that comp out. I want to put out a 'bootleg' download only comp of stuff called KILLED BY MARGE SCHOTT...