Bart and the Brats - Livin´ in the Future/Dogged 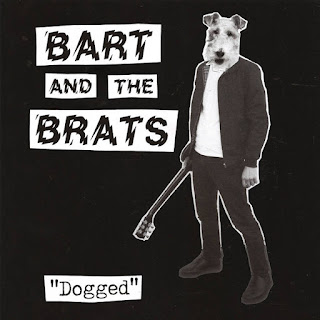 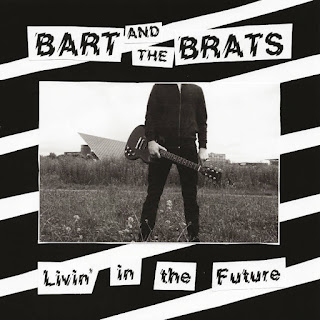 Before I even heard a note of the music, I saw the band name Bart and the Brats and knew I was going to be a fan. I was not wrong! It turns out that Bart and the Brats is a solo project from French punk rocker extraordinaire Bart De Vraantijk (Wild Zeros, Teenage Hearts, The Janitors, Pneumonias, The Skeptics). Out on the Madrid-based Label Take The City Records, the new 7" Livin' in the Future is actually Bart's second release of 2021. As a '77 punk enthusiast, I'm totally digging these three tracks -- which mix the style and simplicity of original era punk rock with the rawness of '90s-style budget punk. The title track is destined to appear on Bloodstains Across Europe Volume 27! Somehow I missed a previous Bart and the Brats album titled Dogged that was released on 10" vinyl by Chickpea Records back in the spring. Taking inspiration from the o.g. punk rock sounds of the U.K., mainland Europe, and both coasts of the U.S.A., Dogged plays like a genuine 1977 release that somehow got vaulted into the future. The album features ten smashing originals plus covers of The Undertones and Blitzkrieg Bop. Get ready to crank up the volume and pogo around the house! You can order a bundle of the 7" and 10" for just €13 from Bart's Bandcamp. Livin' in the Future is also available from Take The City's Bandcamp. If Bart really is a time traveler from 44 years ago, he can alert his old friends of a surprising future where flying cars still don't exist but The Kids remain one of the most popular punk bands on the planet. Who would have imagined?
-L.R.
https://bartandthebrats.bandcamp.com/album/livin-in-the-future-7-take-the-city-records-2021
https://takethecityrecords.bandcamp.com/album/livin-in-the-future
https://www.facebook.com/takethecityrecords
https://www.instagram.com/take_the_city_records/
Posted by Lord Rutledge at 12:00 PM