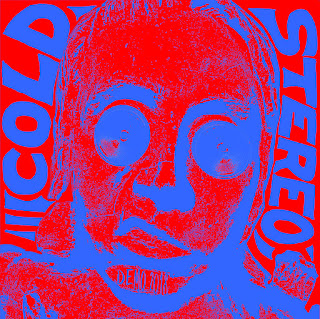 One recent pattern of mine that I'm looking to break is that I've been writing almost entirely about bands I've reviewed before. Of course I'm gonna cover my favorites, but I've been a little lax about touting new talent. And when it comes to new talent, it doesn't get much newer (or more talented) than Cold Stereo. This Cincinnati-based foursome "dropped" its demo on Bandcamp just last week, and within hours Shawn Abnoxious alerted me to its crankworthiness. He was not wrong!

Having come of age as a young punk rocker in the '90s, I have a certain emotional attachment to demos. There's just something really awesome about hearing a band on its way up, and I love that the technology exists for bands like Cold Stereo to share their demo recordings with the world. And come on, what do you have to lose? This is free music! A certain amount of mystery surrounds Cold Stereo, and I kind of like it that way. I don't have to worry about being influenced by what other people might have written about this band. I don't know much about Cold Stereo besides recognizing Todd Uttley's name from the equally awesome SUBSETS. But I must say that I like what I'm hearing! Cold Stereo doesn't really sound like any other band. There's a plus right off the bat! They can actually pull off punk rock with keyboards, which is something not a lot of bands can do. A lot of these songs kinda walk that fine line between punk and new wave in a manner that would be satisfying to fans of either. Right away, "We're Gonna Take This To Heart" has a great energy to it. It's upbeat and fun and instantly worthy of blasting loud. "I Need A New Head" seems like a message that most of us can relate to. "The People Are Going Bananas" ought to be the new national anthem. "Run From the Sun" is post-punk that pays just as much attention to the "punk" as it does to the "post".

So here's your opportunity to get in on the ground floor with Cold Stereo! If it drives you crazy with guilt to download free music, you could certainly toss the band a few bucks. Or maybe you could just pinky swear to buy Cold Stereo's debut record in the near future. I will have my eyes and ears primed for further updates from Cold Stereo HQ. 17 likes so far on Facebook? I foreee that number reaching at least 20 by the end of the weekend! Ohio. Always. Wins.