The Whiffs - self titled 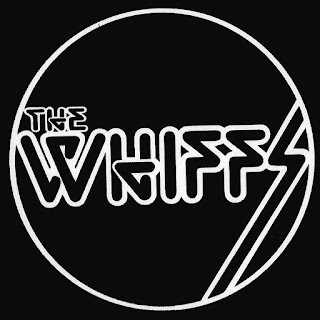 The Whiffs' self-titled LP came out just last week, but part of me insists that this album had to have been recorded in 1978! Hailing from Kansas City, The Whiffs seem to have more in common with the likes of Shoes, Dwight Twilley, or 20/20 than they do with any modern day band you could name. Out on the always-dependable Drunken Sailor Records, this eight-song long player is a quintessential slice of great American power pop. One listen had me feeling like I was 17 again. These songs will have you instantly recalling the thrill of first loves and the utter devastation of first heartbreaks - and the tunes you might have heard on the radio as it all transpired. This is the way power pop music ought to sound: punchy and hook-laden, but with a rawness to it that suits the pure emotion of these songs. "Baby Tonight" could easily pass for some obscure collectible A-side from 40 years ago, and I'm still not even sure it's the best song! Limiting this release to just eight tracks, The Whiffs really valued quality control here. It's good stuff the whole way through, from the rousing melancholy of "Forget Your Name" to the rollicking energy of "She Lies" to the epic longing of "Backseat".

This debut album from The Whiffs was originally released on cassette under the title Take A Whiff.  Drunken Sailor wisely determined that the whole world needed to hear it and pressed it onto an LP. There was really no need to re-record these songs since they're already perfect as-is. In what is quickly turning into another great year for albums, this is up there with the best of 'em. Power pop fans, prepare to meet your new favorite band!

As you note, this came out a year ago. The band's new material is even better. There's one newish cut I've been dying to put out for a year. They've been in and out of the studio for the last six months. Line up shifts and the fact that they're drunken yobs have slowed things down a bit, but hopefully this Drunken Sailor interest can push them over the edge and we can get that next album. Tons of live video on the site btw: