Here are The Shangri Blahs! 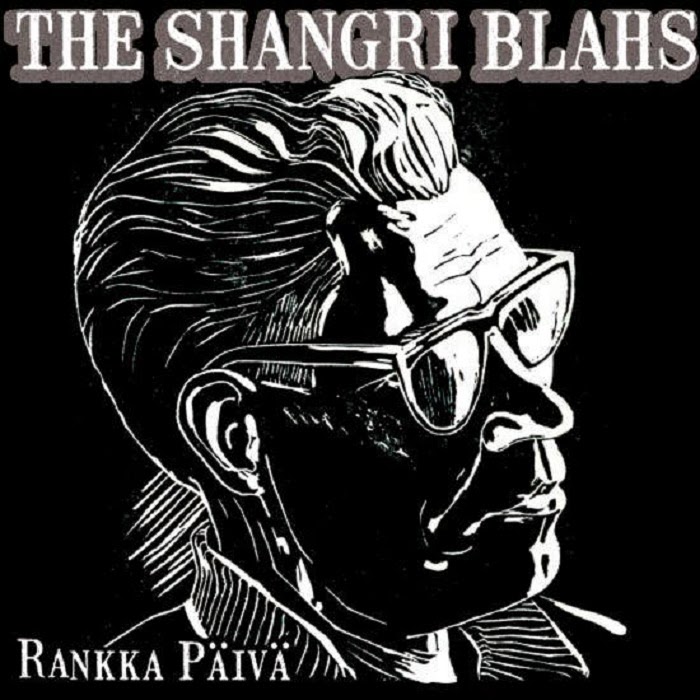 In my 20-year music writing "career", I don't think I've ever reviewed a band that didn't sing in English. That changes today! Helsinki's Shangri Blahs (great band name, by the way!) actually have performed in the English language before. But on their new EP, Rankka Päivä, they sing in their native Finnish. Given the band's '77 punk/power pop/rock n' roll style, I'm quite surprised that I had not heard of The Shangri Blahs prior to discovering them on the Stream Or Die blog this month. They released a really good debut EP last year - which I managed to miss. But now they've given us Rankka Päivä, and I think this is by far the best music they've delivered to date.

I've always been a sucker for catchy three-chord rock n' roll, and The Shangri Blahs pull off the style with urgency and conviction. Opening track "Sä et Markku tiedä kaikkee" has that anthemic quality that I just love in punk music, and it had me pumping my fist before I even knew what that chorus was saying. I liked it even more when the band explained the concept of the record to me. The title of the EP is the Finnish title of the great Michael Douglas movie Falling Down - and the record is inspired by the themes of that film.Via three-chord rock n' roll songs, The Shangri Blahs address questions about what lengths a man might go to to reverse his private misfortunes - and what responsibilities a larger public might have to a person in need. These are very provocative questions - and the band isn't necessarily claiming to have all the answers. What they do have is a lot of heart, and these are songs that truly have something to say. And I like that I can hear the passion in the vocals even if I don't fully understand the words. This is a band that definitely knows how to pack a lot of power into a chorus. And stylistically, these guys are "old school" in the best sense of the term. "Tää on psykoosi" reminds me a little of "Groovy Times" era Clash, while "Laastariratkaisu" could have been slotted on one of my 1995 mixed tapes directly between The Beltones and Rancid. Perhaps it might help if you're fluent in Finnish. But even if you're not, you'll be hard-pressed not to sing along when that chorus to "Sä et Markku tiedä kaikkee" kicks in. When it comes to great rock n' roll, there's really no such thing as a language barrier.