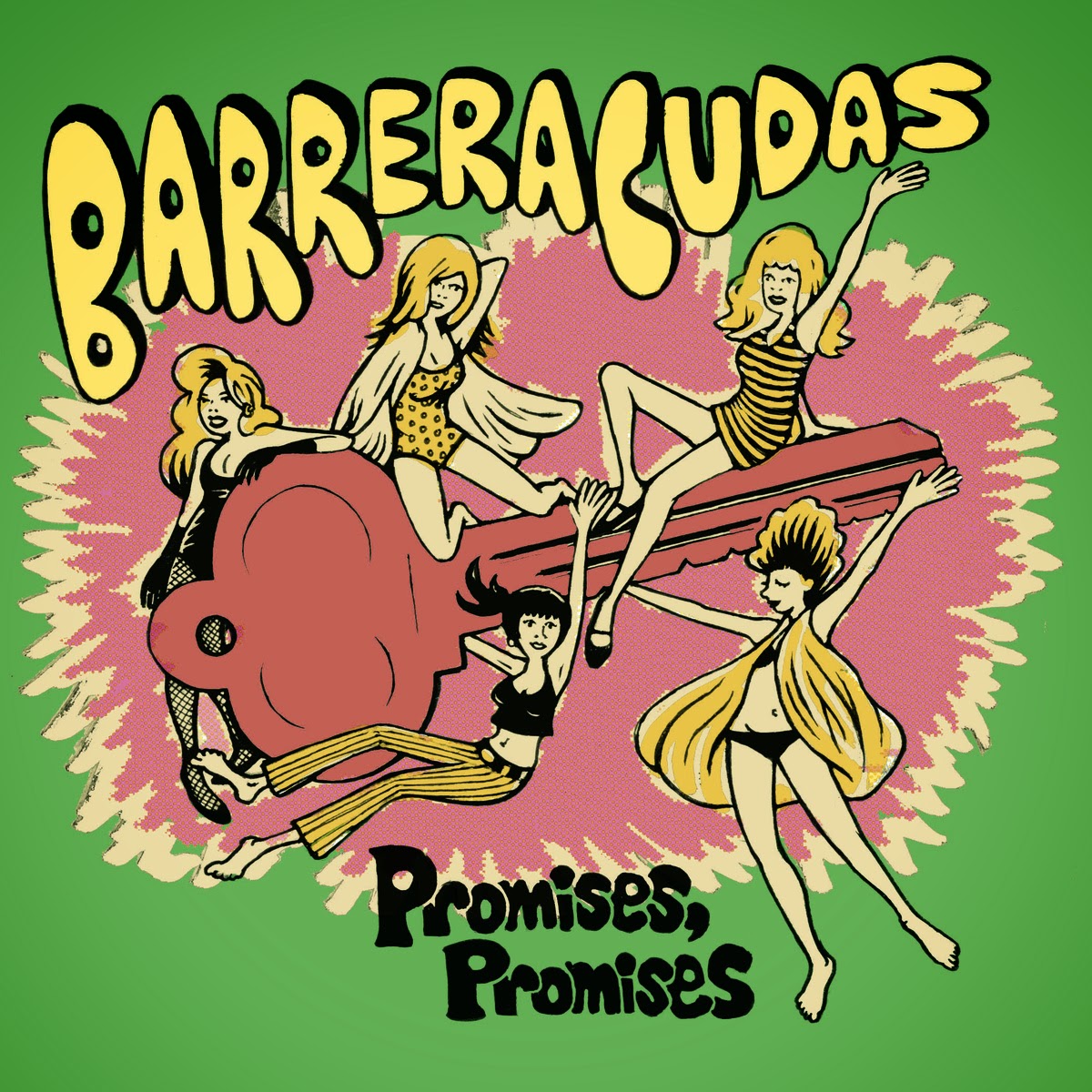 Hey! Remember Barreracudas?! Their debut LP, Nocturnal Missions, made my year-end top ten list back in 2011. Preceding great albums from the likes of The Cry!, Warm Soda, and Wyldlife, it ushered in a really fertile time for glam-inflected powerpop. It's been three years already since I first reviewed Barreracudas - and perhaps you were thinking, "Whatever happened to those guys? They were great!" Well, with band members now scattered all across the country, it's hard to get a lot done. But Barreracudas are still a band, and their long-awaited second album is nearing completion. To tide us over until then, they've given us a brand-new single. And oh my god, it's soooooooooooo good!

99.9 percent of all bands on earth will hear "Promises" and be super jealous that they didn't write this song. It's total bubblegum with a hint of new wave pop - think Ohio Express meets The Cars. And that hook is impossibly good! Seriously, you can just forget about getting this song out of your head! Don't even bother trying! One of these days, I'm going to call in sick so I can just dance around my basement like a maniac all day with this track on repeat. If there's any justice in this world, the line "I've got a pocket full of quarters now/And I'm your Donkey Kong" will become a cultural catchphrase on a mass level.

With "Promises" being so bubbly and infectious, you might not be super motivated to flip this record over. But you'll be rewarded if you do. "Young and Dumb" channels late '70s Ramones by way of '60s girl groups - and again we see that Barreracudas have incorporated a lot of new ideas into their playbook since we last heard from them. I'm figuring the new album will be a little different from the last one - but no doubt equally good. Pick up a copy of "Promises" from Oops Baby Records!

Really like this one, hear a bit of Cheap Trick as well. With The Cars and Cheap Trick being two of my childhood favs I need to get this one!
Pat