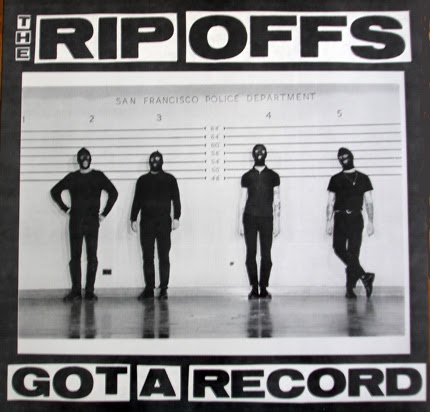 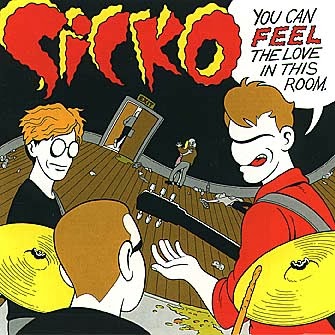 Having traveled back to 2004 earlier this year, I now set my time machine for 20 years ago. For me personally, 1994 was a highly pivotal year. In '94, I got heavily into a lot of music that inspired me to start doing zines the very next year. I used to cite 1995-2000 as the golden age of the "punk rock revival". But once I started taking a closer look, I realized that 1993 was the definitive start of punk music getting really awesome again. And '94 kept things going strong. I bought quite a few of these releases when they were new, and they strongly influenced the type of music I would listen to and write about going forward. Others I came to love in later years as I continued to educate myself on the wonders of garage, punk, and power pop music. Sitting here dignified and old (ha ha), it's hard to believe that I was 22-23 years old when these albums were released. If you had told me back then that I'd still be listening to all this stuff 20 years later, I would have said you were nuts! I think that says a lot about the staying power of punk rock music. It also says a lot about how good these particular records are!

13. D Generation- self titled
Coming out as it did at the height of a zealous backlash against all things glam, this release was sadly misunderstood and poorly marketed. It was largely written off as some kind of hair metal thing, and D Generation's mix of Hanoi Rocks and the Dead Boys failed to connect with the alternative nation. The glossy production didn't help, and it was no surprise that the band re-recorded a lot of these songs when they made the much harder-edged No Lunch two years later. But this album is worth hearing just for songs like "Sins Of America", "Stealing Time", and "Feels Like Suicide".

11. Sicko- You Can Feel The Love In This Room
When I think of the classic albums of '90s pop-punk, I almost always think of Lookout! Records. But here's one that wasn't on Lookout yet no doubt rates as one of the defining landmarks of the genre. Fast and lovably dorky tuneage, perfectly produced by Kurt Bloch. If hearing "The Sprinkler" doesn't brighten your day, I gotta wonder about you.

8. The Humpers- Journey To The Center Of Your Wallet
Do yourself a favor and buy everything this band ever recorded.

7. Queers- Beat Off
Man, these were the days when The Queers ruled the hardest! Seems like they were putting out a great record just about every year. Beat Off remains one of the band's classic albums. "Drop The Attitude Fucker", "Ben Weasel", and "All Screwed Up" are all-time favorites of mine.

6. The Figgs- Lo-Fi At Society High
Without a doubt, The Figgs have been one of the greatest live rock n' roll bands of the past 25 years, and they've had a long and fruitful career in the studio as well. But while I'd recommend just about anything this band has ever put its name on, this debut LP (they had two tapes prior to that) is where you have to start. Great power pop/alt rock with punky energy and clever lyrics channeling the angry young men of new wave. When I want to listen to The Figgs, this is the album I usually reach for.

5. Green Day - Dookie
Can you believe it's been 20 years since this album was released? It was fashionable to hate on it back then for entirely stupid reasons. But I loved it from the very first note, and still do to this day. If there's a holy trinity of '90s pop-punk albums, I put this album in it along with The Queers' Love Songs for the Retarded and Screeching Weasel's My Brain Hurts.

4. New Bomb Turks- Information Highway Revisited
The Turks, who released one of the greatest punk albums of all-time one year earlier, came right back with another sonic kick in the teeth. A classic in its own right!

3. The Waldos- Rent Party
The closest thing we'll ever get to a second Heartbreakers album. Hell, it might have actually been a slightly better record than L.A.M.F.! Produced by Andy Shernoff.

2. Teengenerate - Get Action
Often imitated but never duplicated, this is the standard by which all trashy garage-punk is measured.

1. Rip Offs - Got A Record
Let me tell you: it was a very tough call between #1 and #2. If I were to re-do this list in three months, it easily could end up the other way around. You're talking about arguably the two greatest garage punk albums ever made. But in the end, I kept going back to the songs. "Cops", "Zodiac", "She Said Yeah"...that's the stuff! Teengenerate might have been more sonically ferocious, but I give The Rip Offs the slight edge in the tunes department.

So, who did I forget?