Ladies and gentlemen, The Kimberly Steaks! 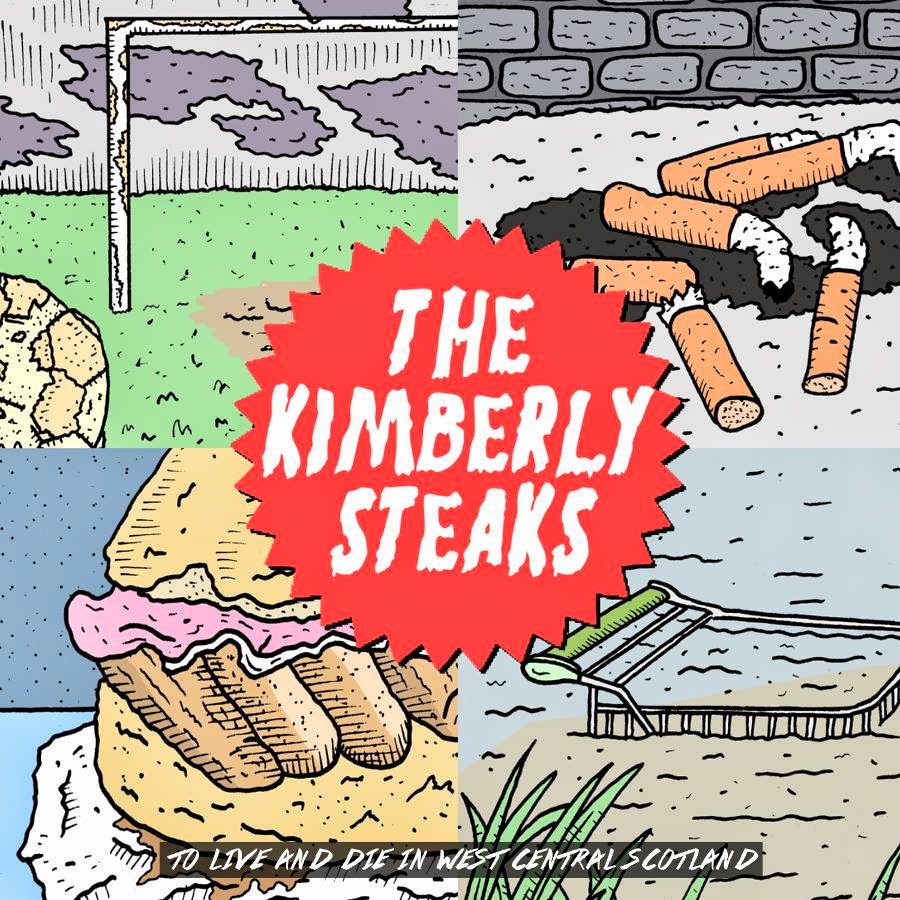 In more ways than one, the latest LP from The Kimberly Steaks has me feeling like I'm 25 again. The Glasgow trio has turned out somewhat of a concept album in To Live and Die in West Central Scotland - replete with a title track that's actually a mini rock opera. In this case, West Central Scotland is sounding a lot like the East Bay circa the late '80s/early '90. And I mean that as a high compliment. Greig and co. play fast, energetic pop-punk that reminds me quite a bit of Crimpshrine, Fifteen, and early Green Day. But while the music is catchy and upbeat, lyrically these songs are anything but lightweight.

Thematically, this album really cuts to the core of what it's like to be 25 and headed nowhere fast. The narrative here really speaks to me on a personal level. You've got a young man beset by underemployment, ill-fated relationships, and big dreams he can't quite figure out how to realize - immersing himself heavily in television, video games, and alcohol to assuage his alienation and misery. Hearing these lyrics transports me back to my own shitty mid-20s - when, coincidentally, pop-punk music was one of the few things keeping me sane. Greig's lyrics really ring true, and he captures the "quarter life crisis" ennui with such cleverness and humor that you can't help rooting for him (sample lyric: "And I'm so miserable that even Paul Rodgers would agree that I'm bad fucking company").

I've always had a special place in my heart for pop-punk, and it's a real joy to hear newer generations of bands play the style with such heart and enthusiasm. To Live and Die in West Central Scotland is a blast to listen to - propelled by buoyant melodies and fantastically hyperactive drumming. Most of the songs come in at well under two minutes, and the band's relentless energy will surely have you jumping around in no time flat. Just as importantly, I think almost anyone who enjoys pop-punk will relate to these songs at a much deeper level. Imagine if Green Day had done American Idiot when they were still young and played super fast. If I could have heard this album when I was 25, I would have totally bust a nut. But even now, in much happier times, I can't get enough of The Kimberly Steaks.

great review. if osker were from scotland they'd have sounded like this