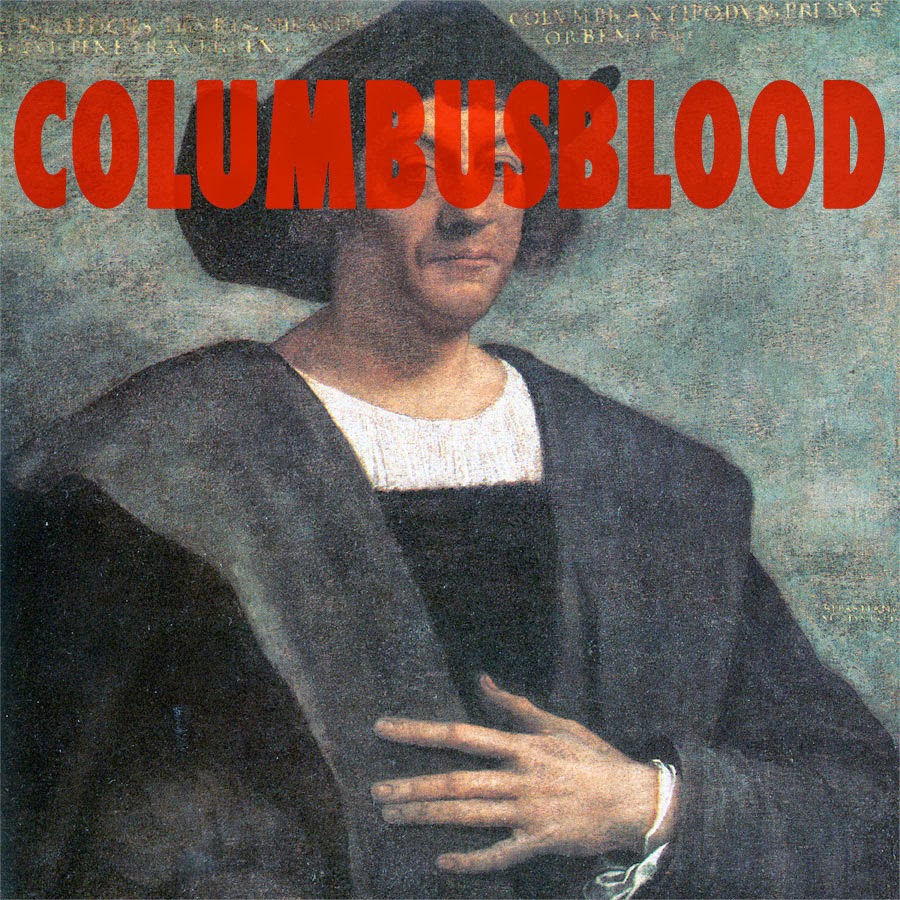 Out this coming Saturday to commemorate Record Store Day, ColumbusBlood is a compilation LP that documents what's happening right now in Columbus, Ohio's underground rock n' roll scene. Live music and the community of bands that play it are the lifeblood of any town's music scene. I'm guessing that's what the title of this album is conveying. Or I could be wrong - maybe all these bands have a penchant for bleeding on stage or a shared interest in phlebotomy. I heard that's a thing these days. Any way you shake it, this is a solid and varied collection of bands - almost all of whom I'd never heard before! It was compiled by my man Pat Dull, and I believe it's the first new release on his Break-Up! imprint in 13 years. The takeaway is that if you live in or near Columbus, you often have access to some fine live rock n' roll. And if you're a regular show-goer in Columbus these days, surely this compilation is already on your want-to-own list.

But even if you live far from Columbus or never leave your house, ColumbusBlood is still a worthy purchase. In my many years spent chronicling the garage/punk/etc. underground, the Columbus scene has always maintained a reputation for excellence. ColumbusBlood demonstrates that Columbus is still rocking hard and turning out quality bands at an impressive rate. Betty Machete and the Angry Cougars have been favorites of mine since the release of their first single, and their contribution "Rock Bottom" is every bit as good as their 7" tracks. It totally rips! I've never been able to figure out why Sick Thrills aren't totally huge. Their track "Primal Urges" is highly reminiscent of vintage New Bomb Turks. The "hit" of the comp is Cotton Jackson's hillbilly rock n' roll anthem "Drink and Fuck" - which is probably an ode to Columbus but could really be about life in any American town. Other standout cuts include a soulful '60s garage smoker from The Hexers, a heartfelt ballad from power pop up-and-comers The Girls!, a bluesy heavy rocker from Dirty Biscuits, and an eerie murder ballad from Righteous Buck & The Skull Scorchers. There are 12 bands featured in all - and none of them suck!

If you're a local, you can pick up a copy of ColumbusBlood for $10 at either of two release shows this weekend. Friday's show at Kobo Live will feature Righteous Buck & The Skull Scorchers, Sick Thrills, Cotton Jackson, and Nom Tchotchkes. Saturday's show at Ace of Cups will feature The Girls!, Hexers, Bridesmaid, Dirty Biscuits, and Dead Girlfriends. For additional info, check out the ColumbusBlood event page on Facebook!