Song premiere: The Cheap Cassettes - "Disappear With You"! 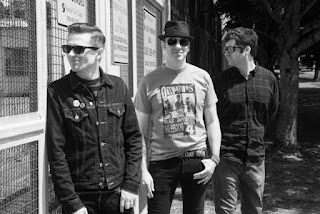 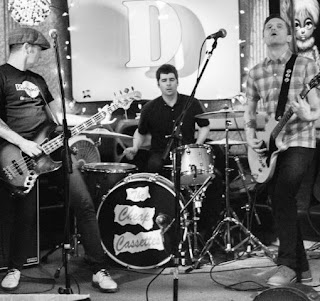 These song premieres always remind me of staying up late on New Year's 1983-84 to watch MTV debut the video for Van Halen's "Jump". That was a top ten moment of my childhood. Today I've got something on a similar level of cool: the first new song from The Cheap Cassettes in two years! The (now) Seattle-based outfit featuring ex Dimestore Haloes Charles and Kevin has just joined the Rum Bar Records family. Talk about a perfect fit! The label will be reissuing the band's 2014 full-length debut All Anxious, All The Time on CD in early 2017. The new release will include all of the tracks from the original album plus a previously unreleased gem called "Disappear With You". The song is pretty much the definition of great power pop - marrying rootsy rock n' roll to a whole lot of guitar jangle and a divinely Beatlesque melody. And what a strong vocal! Sometimes "bonus" material like this can be suspect, but this is one of The Cheap Cassettes' best songs yet! And there's no need to take my word for it! Give it a listen below, and be sure to look for the CD out on Rum Bar in February. Pre-orders are open over at the label's Bandcamp with two tracks already streaming. Ten bucks? That's a deal and a steal!