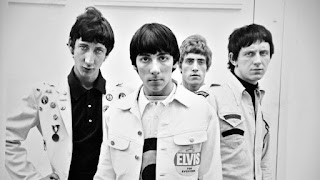 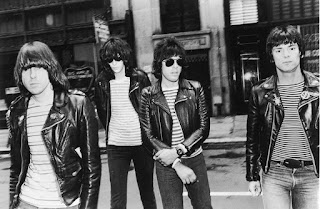 I have a birthday tradition of updating my top ten list of all-time favorite bands. I think it's been interesting to track how this list does or does not change from one year to the next. I've even learned some things about myself. For example: I've always considered myself a big power pop guy. Yet the only power pop band on this list is Material Issue. A full 40% of my top ten is comprised of first wave punk bands. And that doesn't even include the Dictators and New York Dolls - bands that a lot of people would lump in there with '70s punk. So when push comes to shove, I guess I'm still more of a classic punk guy than a power pop guy.

I could probably update this list every year until I'm 90, and it still wouldn't change much. Perhaps some older bands would start showing up more often (I've been on a huge Who kick lately, hence the entry at #10). But truthfully, I'm pretty well set in my ways. The list I've come up with at the age of 45 isn't too far off from the one I would have come up with at 25. Even if I expanded the field to 20 bands, it would still be predominantly '77 punk and '60s/'70s classic rock. Ultimately I base these selections on which bands I listen to most often - although I also factor in each group's importance in my life. Does a band from this century finally crack the top ten next year? Probably not, but you never know!