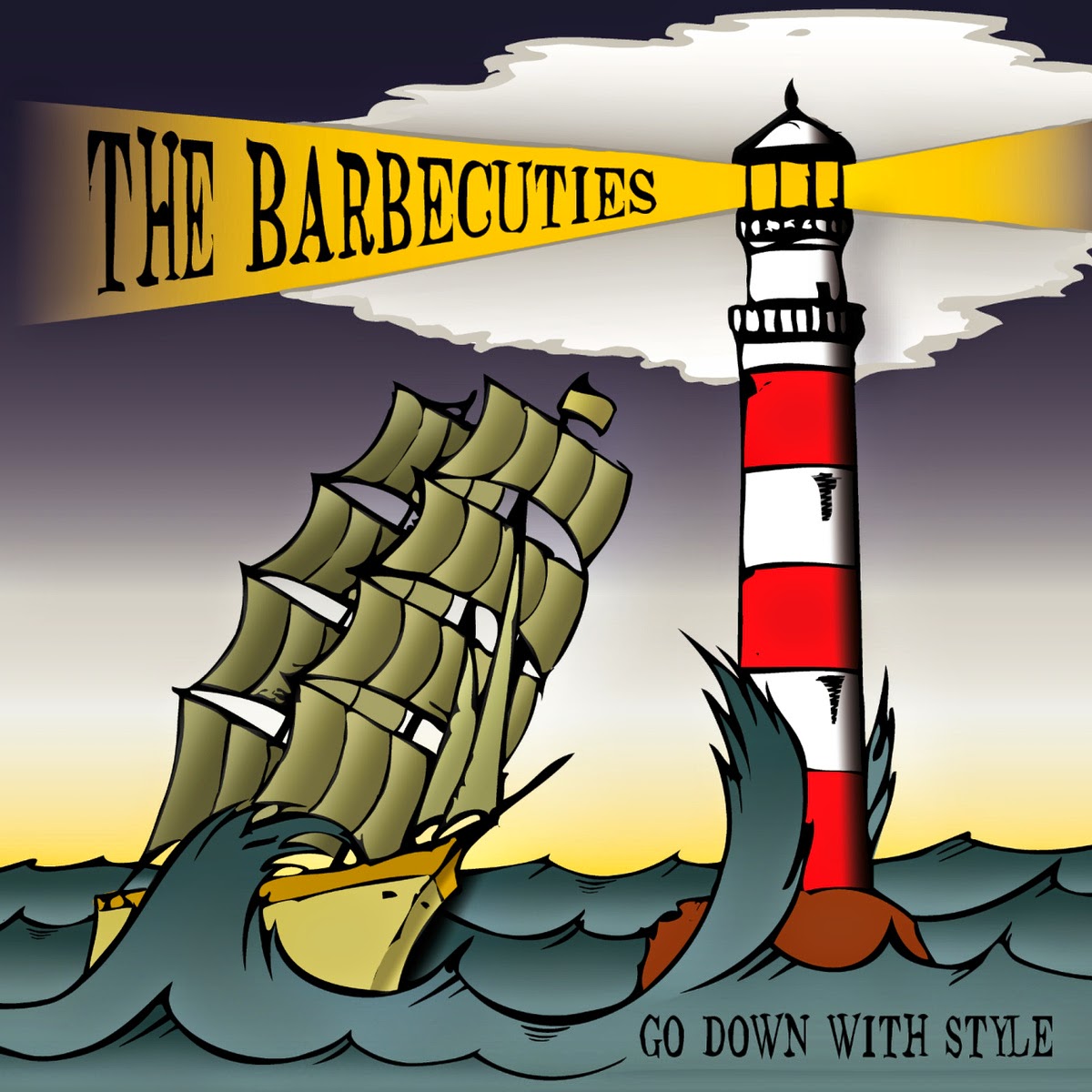 Long underrated fixtures of the European pop-punk scene, The Barbecuties may have finally delivered their "breakthrough" album after 15 years in the game. Go Down With Style is out now on Monster Zero Records. It's the German foursome's fifth album - and first in six years. And let me tell you, it's great! Without any hesitation, I would say this release vaults The Barbecuties into the top tier of pop-punk bands. I slid this disc into my car player two weeks ago, and I haven't been able to stop listening to it since. If you're a card carrying pop-punk geek like me, you are likely to have a very similar experience with Go Down With Style.

I always admire a band that knows not to mess with a winning formula. On Go Down With Style, The Barbecuties continue to worship at the church of The Queers and Ramones. Like numerous other European bands, they have a special gift for reveling in these influences without sounding generic or forgettable. Go Down With Style is nothing more and nothing less than a textbook pop-punk record. And such a thing is a pleasure to behold when it's done this well. If you like pop-punk that's heavy on vocal harmonies, then The Barbecuties are definitely your kind of band. The group's fondness for harmonizing really adds to the variety of this record, with nods to doo-wop ("A Lonely Boy's Dream") and '60s surf ("Summer Vacation", "Coconut Girl") really hitting the mark. Lyrically, The Barbecuties manage to be both girl-obsessed and completely hilarious - a rare combination indeed. "Breaking Me (And Up With You)" is a love story like you've never heard before - the perfect metaphor for the terrible things men and women do to each other in the name of love. And while no American band could ever pull off a lyric like "She's from Cologne/Which doesn't mean that she's a real hot lesbian", it's all charm coming from the mouths of The Barbecuties.

Go Down With Style is a veritable buffet line of pop-punk goodness, offering everything from bubblegum pop to good old Ramonescore to the near street punk of "Kickstart My Heart". It's pure sing-along fun arriving just in time for the summer. Looking back at the praise I heaped upon The Barbecuties after the release of their album Promnight Heartbreak in 2007, I have to say that nothing has really changed with this band. Even after a six-year hiatus, it's the same old Barbecuties. Except now they're on the world's #1 pop-punk label, and that can only be a good thing. I eagerly await the day I get to drink lagers with these fine gentlemen!