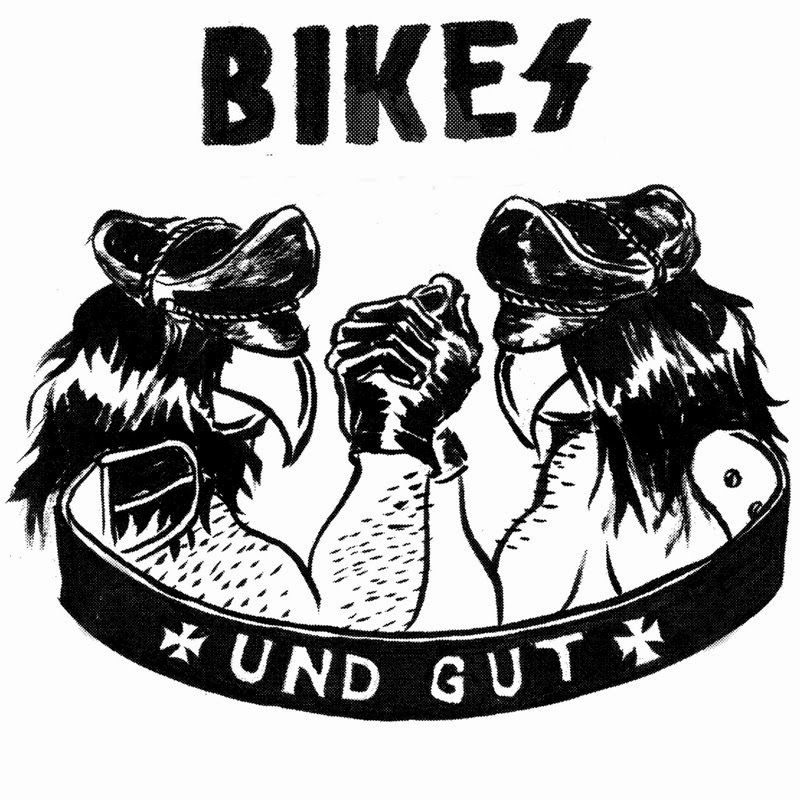 Yeah, I know what you're thinking: it took me this long to finally write about Bikes?! Where in the hell have I been for the past four years?! It's old news at this point that the band's LP on Bachelor Records (released in 2012) is one of the greatest garage albums of recent memory. If you don't own said masterpiece already, you're shit out of luck like the rest of us. But whether you're a longtime fan or are arriving late to the party like me, you've got to get your mitts on the new Bikes single! It's a banger! Out on Alien Snatch Records, this sharp-looking 45 is limited to 500 copies and then gone forever. Featuring dudes from Die Ersten Menschen, Cccandy, Hellshovel, Demons Claws, and Modern Pets, Bikes lead the way for a Berlin garage scene well worth further inspection. And this little slab of fire will tide us all over until Alien Snatch releases the band's second album later this year. "Two Mice" is a Stonesy mid-tempo rocker with killer lead guitar work. What more do you need? On the flip, "P.P.O.D." is primitive and thumping - a great mix of '60s garage rock and more modern trashy punk. Both tracks present the opportunity for your very own dive bar rock n' roll party. Simply invite over a few rowdy friends, distribute bottles of cheap beer, and crank your turntable volume all the way up. You should expect a great deal of dancing and perhaps even some spirited fist fights over which track is better. If this single is a taste of what the new album has to offer, then we are all in for a big-time treat! Alien Snatch, as always, brings us the best.