The Bat Bites make an album! 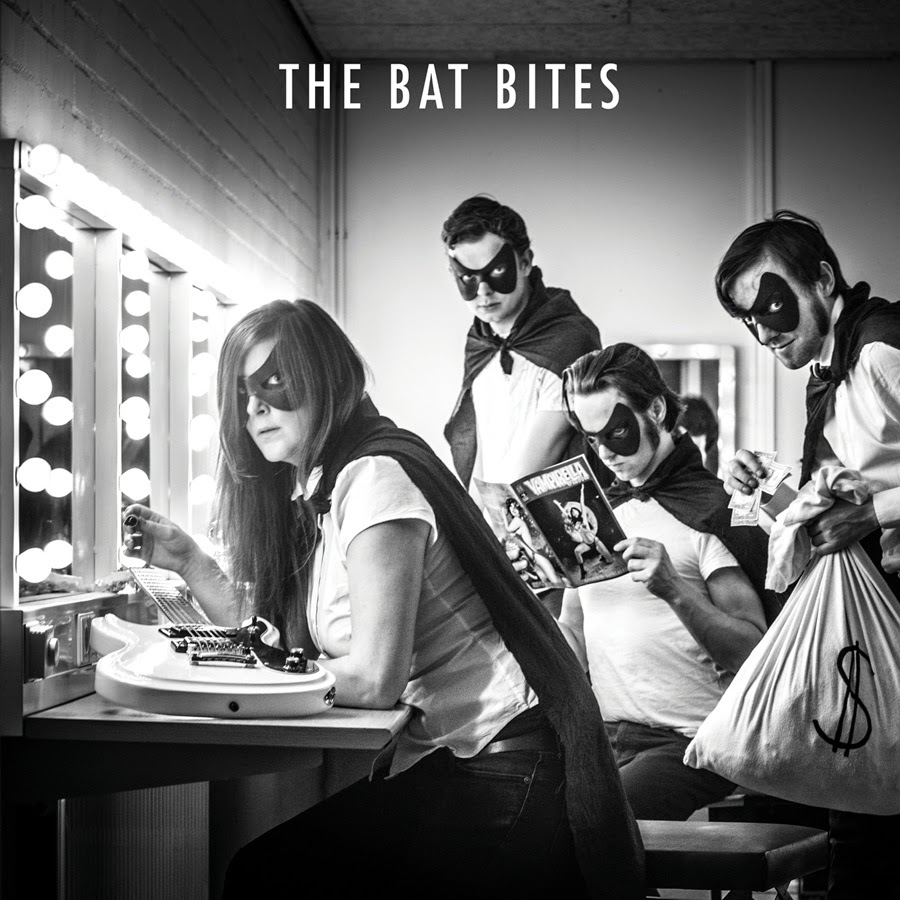 Sometimes when I review a pop-punk band, I'll do so with a general audience in mind. I'll do my best to convince people to listen to a certain band even if they don't like pop-punk. I'll contend that even if you hate pop-punk, this particular band isn't anything like all those other bands you so thoroughly despise. But you know what? I'm not going to do that today! If you hate pop-punk, The Bat Bites are not going to turn you to to the dark side. They'll probably annoy the hell out of you. But if you love pop-punk, you're gonna go crazy for this foursome out of Rotterdam!

The Bat Bites first released an EP back in 2009. They've finally come out with a full-length album - a self-titled effort on Monster Zero Records. With two Apers members in their lineup, these guys/gal definitely have roots in that European pop-punk scene that's been going strong since the late '90s (I've always loved the enthusiasm that the Euro crowd seems to have for Ramones-inspired music!). One of the main strengths of The Bat Bites is that the band features male and female lead singers in Merel and Mikey. Sometimes the two sing individually, and sometimes they sing together. The effect is something along the lines of having Screeching Weasel, The Unlovables, and Teen Idols all combined into one band. The moment I heard opening track "Tomorrow", I was immediately taken with Merel's warm, likeable vocals. And Apers guitarist Mikey, stepping into a front role here, is very much the prototypical pop-punk singer. Each vocalist brings something different to the table, and that definitely prevents the album from becoming too "samey" (a common shortcoming of pop-punk records). And given the prominent role of backing vocals and harmonies on this record, the exceptional quality of the production is a huge asset. The album was recorded by Simon Speechless (The Windowsill, Accelerators, The Maydays) and mastered by the always dependable Justin Perkins. In my younger days, I probably would have referred to this record as "overproduced". Clearly I've become smarter in my old age. This thing sounds like a million bucks!

Of course that amazing production would be worthless if the songs weren't great as well. The Bat Bites, with three songwriters contributing material, have delivered as strong of a collection of pop-punk songs as I've heard in the last couple of years. Call them lightweight if you want, but these songs are just so catchy and fun to listen to - with melodies and guitar hooks that I cannot get enough of. I've always believed that great pop-punk should appeal to that part of all of us that's forever 16 and caught in the throes of infatuation. And by that definition, The Bat Bites are great pop-punk! Most of their songs have an upbeat, happy-go-lucky energy to them. And even the ones that don't still manage to convey a hope that tomorrow can be a better day. Listening to a song like "One Day", I can't help imagining it playing over the closing credits of a feelgood teen movie. "I Wanna Be The One With You" is the kind of song that I could listen to on repeat for an hour straight. And for some icing on the cake, the great Kurt Baker makes a guest appearance on the doo wop inspired duet "Heartbreaker"!

What The Bat Bites have done is make a nearly flawless genre record. They're not trying to do anything new or original, but they've executed a tried-and-true formula to perfection. And in embracing both the "old" and "new" schools of pop-punk, they blur a distinction that probably didn't need to exist in the first place. One of the best reasons to listen to any kind of music is because it brings joy to your daily existence. And that's why The Bat Bites will be mainstays on my iPod for a long time to come.