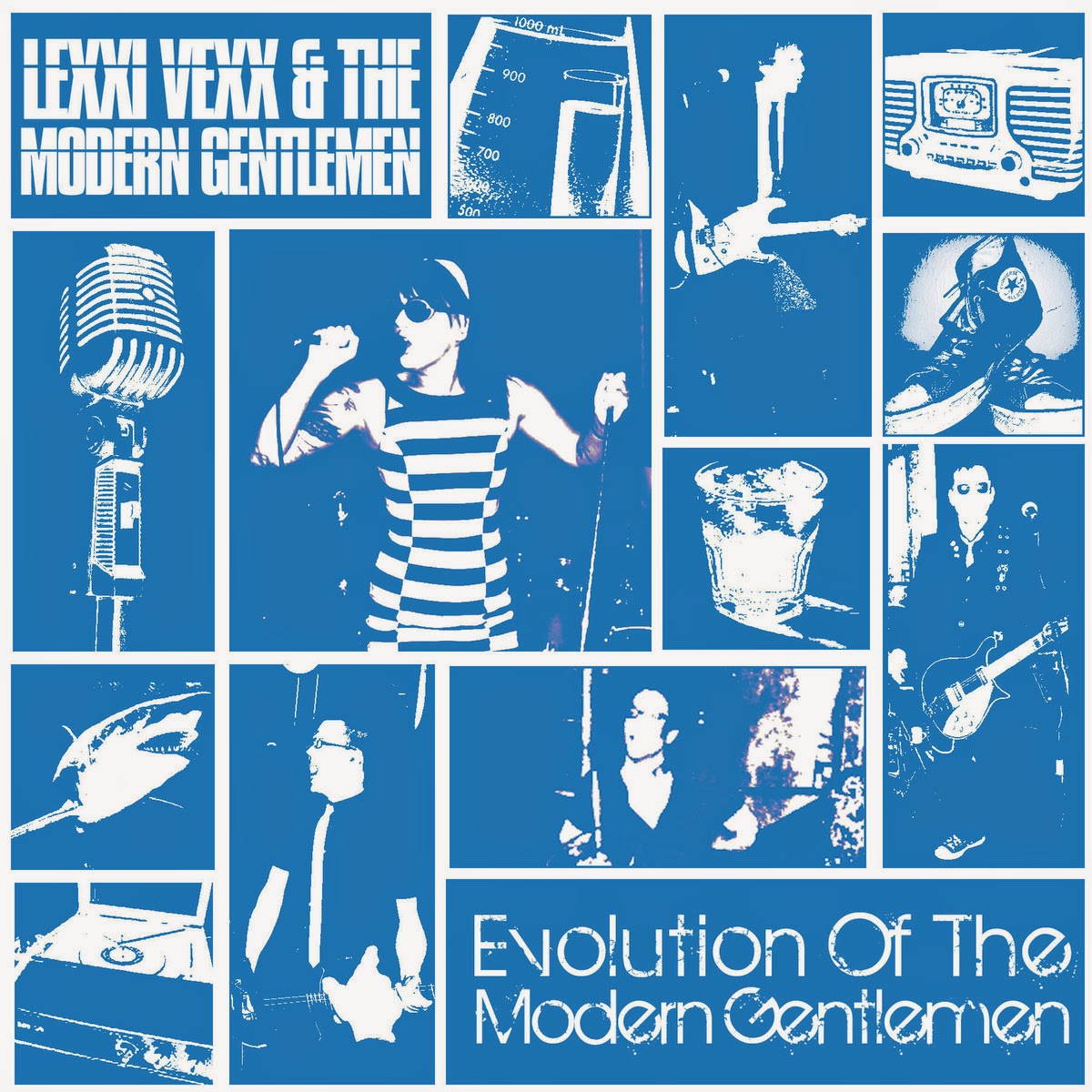 Even though I review dozens of bands every year, I'm always struck by how many great artists I continually miss out on. I don't think a blog like mine even begins to scratch the surface of what's really out there in the punk/garage/rock n' roll underground. I'm beginning to think I might have to clone myself - or manipulate time to squeeze more hours into my day. Perhaps I could have a hologram of myself show up at my job a couple times a week. Lexxi Vexx has been fronting various bands in northwestern Oregon for a number of years, and I'd been unaware of all of them until very recently. Hearing her brand new EP with her newest band, I can't help wishing I hadn't missed the boat! Vexx, now based in Portland, has one of the most amazing voices I've heard in quite some time. She's a fierce talent and a bona fide star! And her band The Modern Gentlemen - featuring her dad Todd McPherson of The Kingsmen along with Scott and Travis of F & L favorites The Anxieties - is the perfect complement to her powerful vocal stylings.

Lexxi Vexx and The Modern Gentlemen have made their recorded debut with the five-song CD Evolution Of The Modern Gentlemen. As soon as I heard it, I wondered where this band has been all my life! This is definitely my kind of music! With her strong, charismatic vocals and clever, provocative lyrics, Vexx makes quite an impression. But rather than overshadowing her band, she works in perfect sync with her supporting players. She and the Modern Gentlemen play classic sounding punk with a Pacific Northwestern rock n' roll backbone - at times speeding things up to suggest a modernized take on early '80s So-Cal hardcore. Fronted by such a dynamic and original talent as Vexx, this is a band that defies typical comparisons. You'll surely want to pay attention if you loved, say, The Gits or Legal Weapon. But this group has its own sound entirely - one that's gutsy, energetic, and a whole lot of fun! Sing-along opener "Big Shiny Bomb" seems to be the hit, but the blistering title track and "Don't Break My Heart" run hot on its tail. And for a pure adrenaline rush of breakneck punk rock, it's hard to beat "Dolla Billz". Given that this is such a new band, this debut sounds remarkably evolved (No pun intended - I double pinky swear!). I believe a debut LP is already in the works, and I'm expecting huge things. By this time next year, your friends, neighbors, and nefarious rivals will all be talking up Lexxi Vexx like crazy and planning tattoos of the band logo. Beat 'em to the punch now!

Email ThisBlogThis!Share to TwitterShare to FacebookShare to Pinterest
Labels: Portland