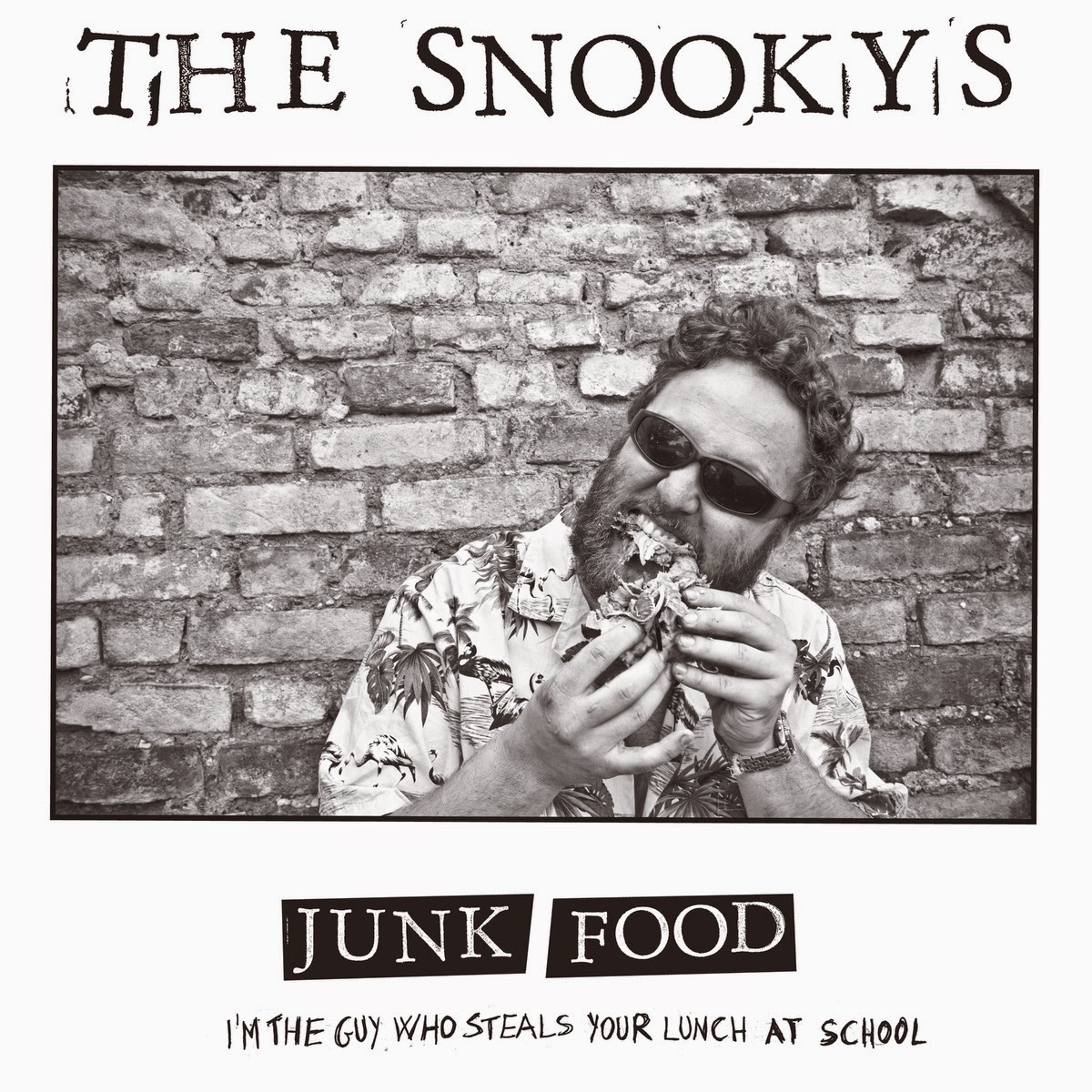 I really miss '90s garage-punk. Sure, it seems that the term "garage" is ubiquitous in today's underground punk world. You see it all the time. But for the most part, "garage" seems to have a much wider meaning now than it did back in the '90s when it usually meant low budget recordings, shitty fidelity, and marginal musical proficiency. A lot of what gets labeled "garage" today would have just been called "punk" back in 1996. This is not a criticism - just an observation. I don't think it's necessarily a bad thing for a band to learn more than two chords or aspire to make its records sound good. But I have to admit that I've got a real soft spot for bands that recapture the trashy spirit of '90s garage-punk. The Snookys out of Bergamo, Italy are one such band - and they've got an awesome new album called Junk Food out on the Italian label One Chord Wonder.

I definitely hear a Teengenerate/Rip Off Records type sensibility throughout Junk Food along with the shout-along choruses of classic British punk and a touch of good old '90s punk rock n' roll a la the Devil Dogs, New Bomb Turks, etc. This band has not only a rockin' sound but terrific songs as well - with material ranging from straight-up rippers like "Stab You" and "I Can Only Wear Geox" to slower, more anthemic numbers such as "Fire Alarm". The lyrics are for the most part brilliantly dumb (it's hard not to delight in songs about fat guys stealing your lunch and she-males almost getting you into bed). But sometimes The Snookys will surprise you with pointed social commentary ("Cop Guy") or an insightful portrait of a soul destroyed by responsible adulthood ("Actin' Good"). And "Down In The Basement" is a great reminder of how much commitment and sacrifice is required to make it in the world of do-it-yourself punk rock.

While The Snookys definitely do their part to create their own sound, they are clearly inspired by all those classic garage-punk records of the early-to-mid '90s. That's their reference point, and they gleefully embrace it. It's one thing to be reminded of an era/movement that I hold in such fond remembrance. But to hear this style of music done so well is what really has me pumped! From start to finish, Junk Food delivers catchy three-chord punk tunes that rock like crazy and are fun to sing along with. A few weeks ago, I was thinking to myself, "What happened to all the great garage-punk bands?" Somehow I telepathically conveyed this thought to The Snookys, who then brought themselves to my attention. Well-done, gentlemen. Well-done!