Mother's Children to the next level! 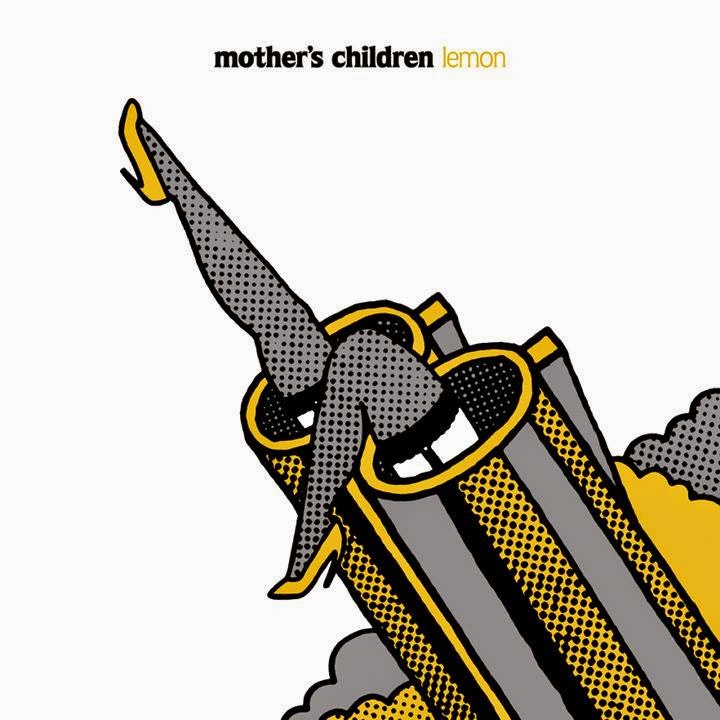 I don't communicate with any of my music friends via text message. But if I did, I would have been sending a whole bunch of "New Mother's Children! OMG!" texts over the last few weeks. Rising stars of the recent Canadian powerpop/punk explosion, these fun-loving Ottawans have vaulted to the head of the class on the strength of an astoundingly good sophomore LP. Out on Germany's Taken By Surprise Records and poised for North American releases on Mammoth Cave & Resurrection Records, Lemon is THE summer record of 2014. Beyond that, it's probably my favorite powerpop/punk album of the last couple years. So, yeah, I kinda like it.

Mother's Children released their debut album back in 2010, and it would be an understatement to say that the band has improved over the last four years. But Lemon is not particularly "different" from what you'd expect from Mother's Children. The band has made a classic sounding record in a power pop meets '70s punk meets old-fashioned rock n' roll vein. And if all these years of tearing it up live and turning out killer EPs haven't exactly altered MC's approach to music, they've definitely made the band tighter and more proficient at songwriting. The melodies are stronger, the hooks are bigger, and the songs are catchier. What more do you need in life?!

The first time I heard opening track "The Gang Is Back", I was floored. It's like Teenage Head crossed with The Boys, and it comes on like a lightning bolt of adolescent fun. But Lemon is no one-hit wonder. It builds off that fast start and never looks back - propelled by ridiculous drumming from Tim Ostler and a seemingly inexhaustible supply of hit-worthy tuneage. Rather than opting to reinvent the wheel, Mother's Children chose to make a textbook power pop record. Recalling everyone from the Ramones to the Real Kids to solo Stiv Bators to countless skinny tie greats of the late '70s, the band tears through these 12 tracks with a crispness and energy that are completely infectious. Yeah, man: this is power pop with some real power to it! Favorite tracks of mine include the near flawless "Blue Citron Haze", the snappy "Talk To Her", and the frenzied rocker "Convince Me". But while choice individual tracks are bound to make their way onto your 2014 summer mix, Lemon is one of those albums that's best enjoyed in its entirety - preferably while you're headed to the beach or enjoying the company of a pretty girl. Every song on the album is good - and the majority of them are great!

If you've heard Mother's Children's most recent single, you know these guys are power pop super fans. But so are a lot of other bands that aren't nearly as good. What Mother's Children seems to "get" that some similar groups don't get is that the best power pop needs to be rooted in real rock n' roll. Lemon isn't just inspired by all the right bands. It's just plain inspired! The result is an album that's not only reminiscent of the classic power pop and pop/punk records of the late '70s but also capable of standing up beside them. It's been rumored that upon first hearing this album, I went out into the streets screaming for joy and forced 16 of my neighbors to listen to it. That is total exaggeration. It was only 15 of my neighbors.