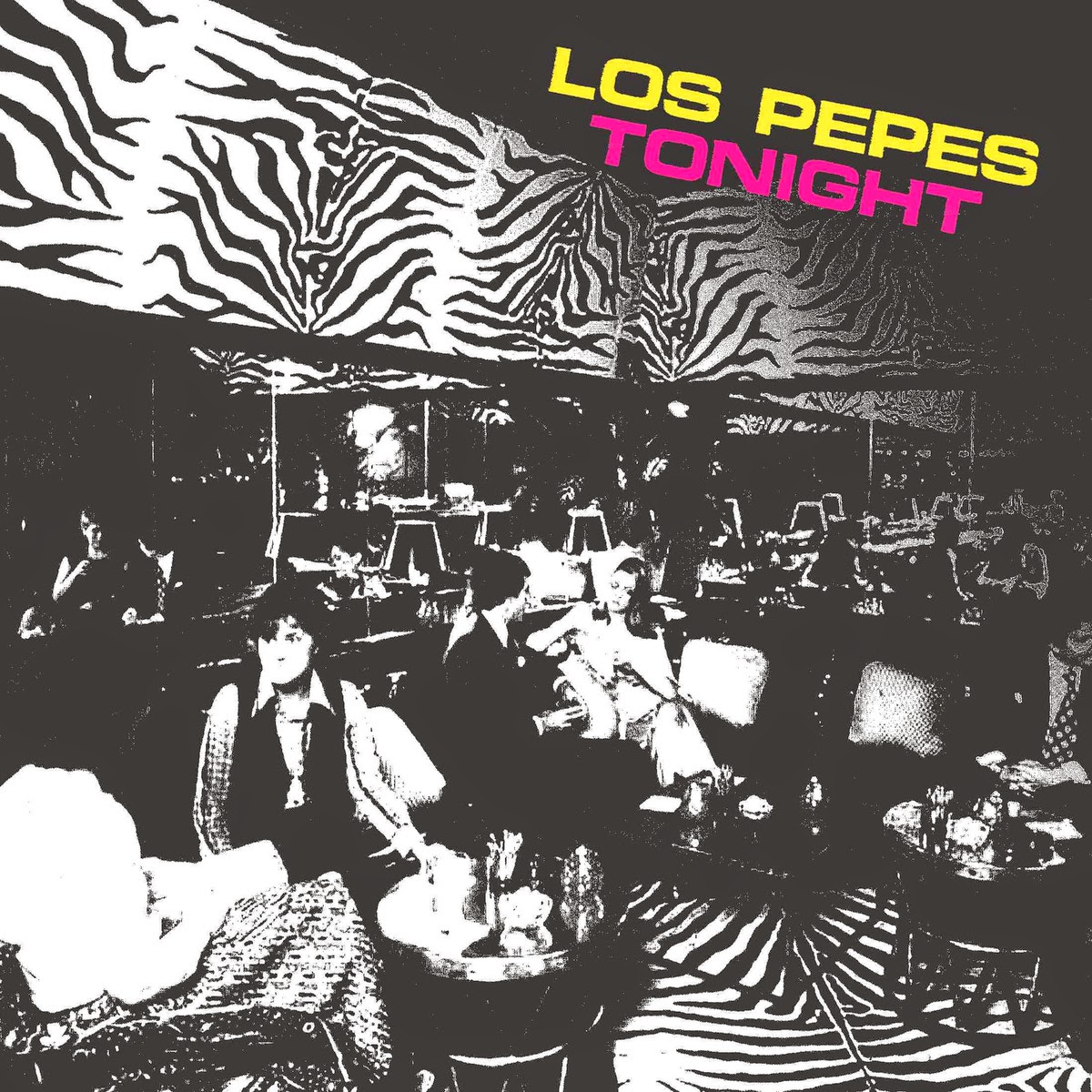 The "loudest powerpop band on Earth" is back with its third 7"! London's Los Pepes first caught my attention with their half of a recent split with Ladykillers, and now they've got a new EP that just about blew my head off! This band combines kick-ass rock n' roll punk a la The Testors and Nervous Eaters with the hooks and harmonies of classic late '70s U.K. pop/punk. And that added dimension of power really sets these guys apart from a lot of otherwise similar bands. Out on Wanda Records, the four-song "Tonight" is mandatory listening for anyone who prefers the ballsier side of tuneful punk rock. The title track is everything that's good about punk and pop and rock n' roll all rolled into one big ball of awesome. "Too Late, Too Late", with its blistering guitars and fist-pumping chorus, sounds a little like one of the Dictators' classic anthems. The B-side moves more to the power pop side of things and could probably pass for an artifact from the Good Vibrations Records vaults. "Somebody Else" is pretty much the perfect power pop song. It's SO good! It sounds like it could be a cover of some obscure single from 1979, but as far as I know it's an original!

If you're currently unfamiliar with Los Pepes, head on over to their Bandcamp and listen to everything they've done! Even at this time when there are a ton of good bands doing punk/powerpop, these guys really stand out. Please tell me there's an album in the works!

that's a great ep Josh, 4 killer tracks. right from the very first bar of somebody else you just know it's going to be a classic