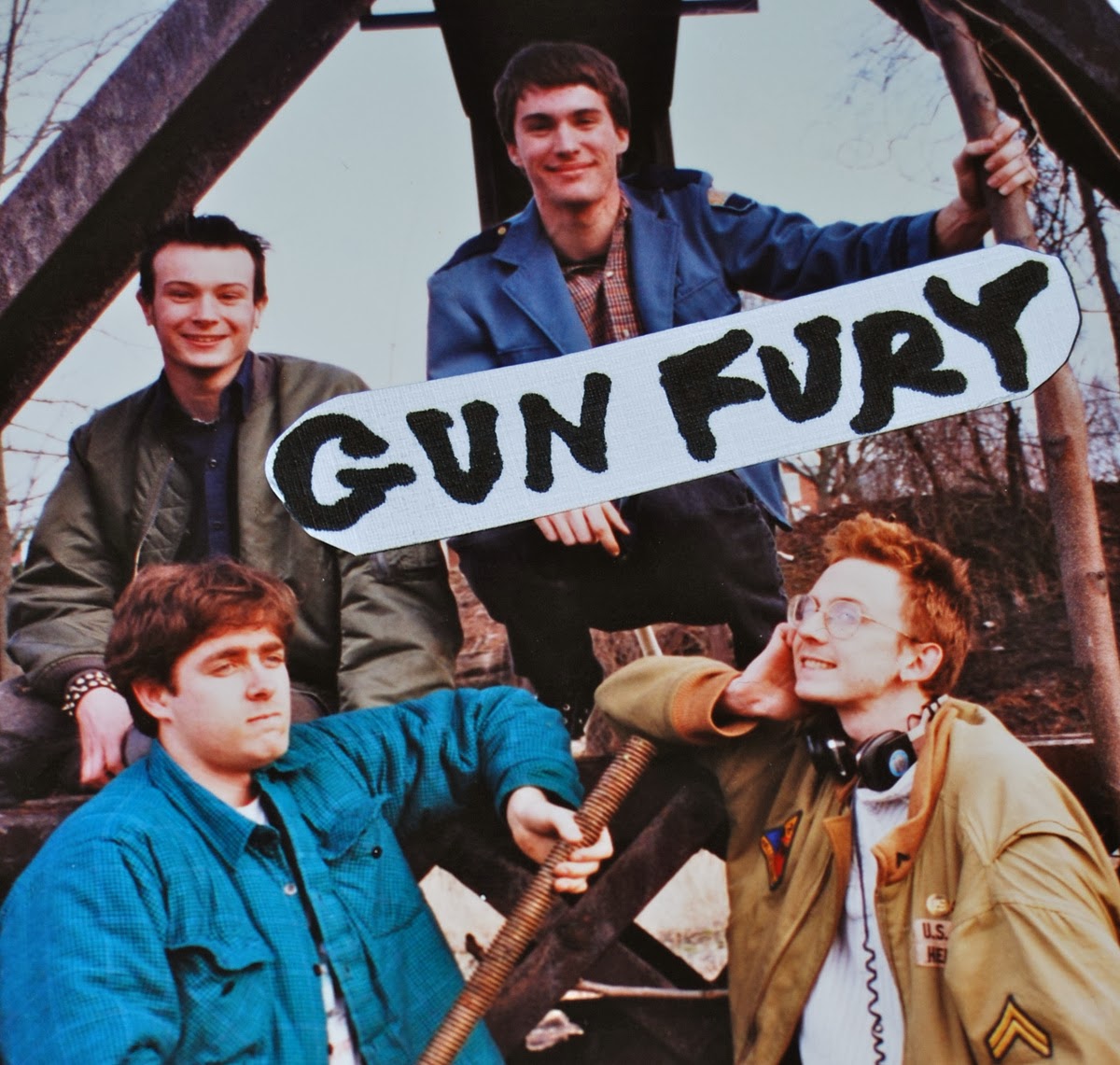 Through the marvels of the latest technology, I've had the chance in recent months to "rediscover" a whole bunch of my favorite bands from back in the day. And I am loving it! Just since the end of last year, there have been digital reissues of great recordings from The Prostitutes, Dimestore Haloes, and Jake and the Stiffs. Now add Lancaster, Pennsylvania's Gun Fury to the list. It's like I've found a portal to the '90s. Just make sure to stop me if I start telling Bill Clinton jokes or wearing Zubaz pants in public.

I am SO stoked that a Gun Fury collection is finally out! Rumors of its imminent existence have been swirling for years. This was a very important band in my "career" - with members going on to do such things as travel to outer space and bat cleanup for the Cleveland Indians. It was largely because of Gun Fury that I got turned on to all the '77 U.K. punk bands that I so famously adore. This was one of the first bands I ever interviewed as a young writer. And to be reviewing them now, some 19 years later, is just too cool!

As the title suggests, Complete Studio Recordings is a compilation of every song Gun Fury ever recorded - with tracks dating from 1993 to 1995. The majority of the songs appeared on the band's two 7" singles, but there are a few "rarities" included as well. Gun Fury was doing melodic/catchy punk long before it was "cool". The guys in the band were huge fans of the Pistols, Clash, and especially The Damned (hence the name of the group). Yet Gun Fury had a sound that was all its own - playing upbeat, tuneful punk with humorous lyrics mocking such things as asshole bosses, crappy mainstream bands, tailgating motorists, and the lack of adequate soccer coverage on American television. Listening to this collection, I'm struck by two thoughts. One is that these songs have held up really well over two decades. The other is that I can't quite explain why this band was so overlooked/underrated. I don't know more than a couple people who actually remember Gun Fury. Even the Internet seems unaware of the band's existence. But with Gun Fury's complete recorded output now rescued from out-of-print obscurity, there's certainly a chance for some posthumous recognition of this tremendous band. With its timeless sentiment and classic hook, Shuba's "Boss" pleases as much today as it ever did. And Eric Apathy's "Over The Air" reminds us that bad music on the radio is hardly a new phenomenon.

http://gunfury.bandcamp.com/album/complete-studio-recordings
Posted by Lord Rutledge at 8:48 AM

Great band.. I take them to my blog..

There were times that whatever good you wanted to show to a person or people still you can't please them but the only thing you need to do is to keep yourself calm, be professional, open-minded and patient. Everything has a reason,and an end.
Visit my site for more good vibes. Thank you.

It's enjoyable to learn more and more from your blog. Thanks for sharing.