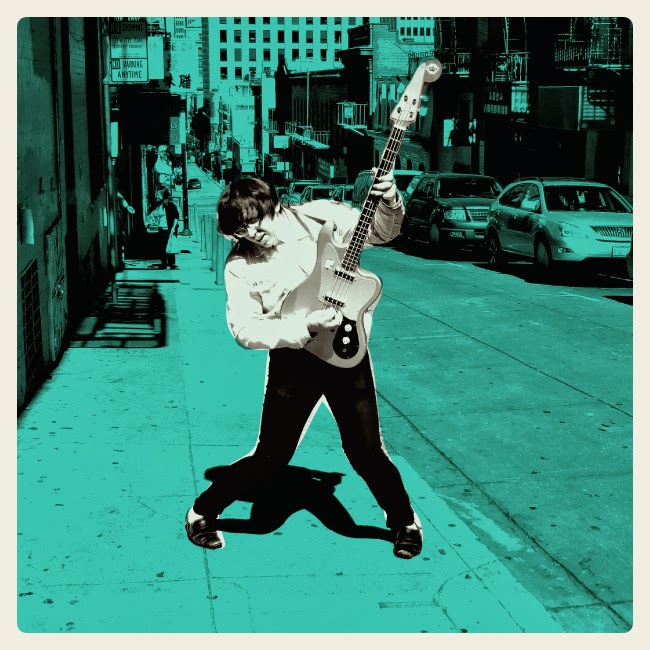 Perhaps best known for playing bass in Bare Wires, Adam Widener has been a man on the scene for a long time. I remember him from his great early 2000s band The Jet Set (my ridiculously glowing review of their full-length can still be viewed on the Wee Rock Records web site). He's also done duty in the likes of Plexi 3 and The Zygoteens. Clearly the guy is too talented to just be a side man, and so he's gone out and made a solo album. And when I say solo, I really mean solo. He pretty much did it all: vocals, guitar, bass, drums, recording, producing, mixing....I bet he even made his own breakfast before heading to the studio. He did enlist a little help from some very talented friends (Matthew Melton and Rob Good handled the mastering). But truly, Vesuvio Nights is Adam Widener's baby.

Vesuvio Nights takes garage, power pop, new wave, mod, and British Invasion influences and blends them together to create a sound that is uniquely Adam Widener's. I think what impresses me the most is the energy of these songs. This doesn't sound like one guy making a record by himself. It sounds like a real band kicking up a goodtime garage/mod revival racket! I believe the particular word I'm looking for here is infectious. Vesuvio Nights kicks off with the bouncy rave-up "Telephone Traps", and it never really lets up from there. It's just a super fun album with tons of "hop" to it and hooks in abundance. The whole way through, I find myself compelled to get up and dance or at least spin around in my computer chair until I'm half dizzy. Widener is a one-man rhythm section of the highest caliber, and his guitar work is a finessed mix of modern and retro. But it's not just the enthusiasm and execution of the playing that I like. Widener shines in the songwriting department as well - crafting catchy choruses ("Laughter On Your Heels I'll Follow"), dishing out glorious guitar hooks ("Fluid Trails Of Glitter Gore"), and skillfully marrying classic '60s jangle to his own quirky sensibilities ("Fake Flowers Never Die"). Of course I recommend this album to fans of newer garage/pop in general or any of Widener's previous bands in particular. But by no means is this just a rehash of anything he's done in the past. As evidenced by the very strange song titles, this is a highly personalized creation and a very successful attempt to show people a side of Adam Widener they might not have known. This album achieves a rare combination of immediately satisfying melodies and genuine originality. I'm sure we'll soon hear this guy playing bass in another band, but I do hope his solo career will continue for a long time to come!

Thanks for pointing me in the direction of this greatness!