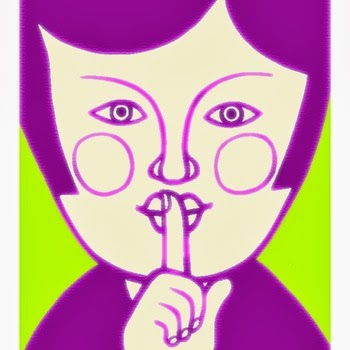 I've always believed that when it comes to incredibly talented people in music, they can truly excel in almost any genre you can name. Such is the case with Jenny "Dee" D'Angora - long a fixture of the Boston garage/rock n' roll scene as a singer/guitarist in The Downbeat 5 and The Dents. A few years back, she started Jenny Dee & The Delinquents to indulge her love for the girl groups of the '60s - issuing one of the great neo R & B albums of recent memory in 2010's Keeping Time. Last year's collaboration with Several Men of Mystery proved her equally adept in the realm of traditional country music. Just when you think you've got Jenny Dee figured out, she will surprise you in an entirely pleasant way. That's exactly what's been happening with her last couple of singles with The Delinquents.

On last year's "Get Away", the band's musical time machine traveled from 1963 all the way to the dawn of the '80s - an era that is near and dear to me because it's when I discovered popular music. It's one thing to go for a "late 70's Blondie meets the Xanadu Soundtrack" vibe. It's another thing to totally nail it. D'Angora and co. delivered a solid hit with "Get Away". But on their new single "Don't Tell Me", they've crushed one out of the park! I close my eyes, and it is 1980 again. Everything about this track is class: the production, the musicianship, and of course the lead vocal. The band is crazy good, led by D'Angora's husband Ed Valauskas (The Gravel Pit, The Gentleman). Valauskas, who has played with everyone from Graham Parker to Peter Gammons and produced Boston greats such as Andrea Gillis and Muck and the Mires, knows a thing or two about how to make a good record. So the attention to detail in the playing and production is no surprise whatsoever. The blending of keyboards and strings is flawlessly executed, and those harmonies are completely insane. If Jeff Lynne had produced a Blondie record in 1979, it would have sounded a lot like this. Yet D'Angora is clearly the star here, and all that lush instrumentation merely supports her formidable vocal prowess rather than overshadow it. The B-side is a cover of The Sweet's "Fox On The Run"- completely transformed into a vintage '79 synth pop style, yet very much in the spirit of the original. If you enjoyed the band's bubbly interpretation of the Undertones' "Teenage Kicks" on the B-side of "Get Away", you'll love this new wavey take on a glam rock classic.

"Don't Tell Me" is just the first in a series of digital singles due from Jenny Dee & The Delinquents in 2014. I don't know exactly what to expect from the next one - but I can just about guarantee that it will be great. Plain and simple, Jenny Dee is one of the best singers out there.

I've gotten quite a few good music tips from your blog -- and I just went on a Jenny Dee binge at bandcamp. She's fantastic! Thanks for spreading the good word.

Oh, wow! Thanks for the catch! It was a mistake!

Too bad - that would've been a good one!