The Ten Greatest Punk Albums of 1993 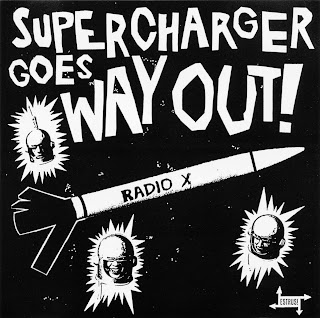 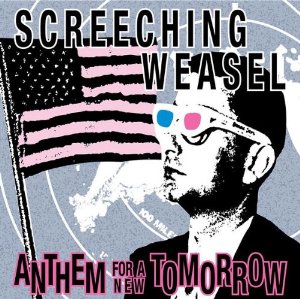 I love doing these anniversary lists! This year I've already listed my picks for the best punk albums of 1983 and 2003. Today we go back 20 years to 1993, and I've got to say this particular year was one for the ages. Nearly every album on this list is a classic! The whole '77 revival thing was still a year or two away from really taking off. But garage-punk, punk rock n' roll, and pop-punk were in their absolute days of glory. If you were still stuck on the alterna-grunge bandwagon back in '93, here's some of what you missed...

10. (tie) Fastbacks - Zucker
Mr. T. Experience - Our Bodies Our Selves
You know it's a great year when these two legendary albums are holding tenth place! Zucker, in my opinion, is one of The Fastbacks' best albums. And amongst the highly impressive MTX back catalog, I've always had a soft spot for Our Bodies Our Selves. "Even Hitler Had A Girlfriend" is the best song Dr. Frank ever wrote.

9. Moral Crux - ...And Nothing But The Truth
I've never heard a Moral Crux album I didn't love. But this one I especially love. It contains some of the band's best songs - like "Beat of Despair", "Soldier Boy", and "Democracy (From the Barrel of a Gun)". Phenomenal pop-punk with political lyrics.

8. Bad Religion - Recipe For Hate
This was Bad Religion in its absolute prime, expanding on the streamlined melodicore of Generator with an album made to thrill and enlighten punk's rapidly growing audience. Accept no imitations.

7. Devil Dogs - Saturday Night Fever
Yeah, I know. It seems like a grave injustice that this is only #7. It's a tough field.

6. Screeching Weasel - Anthem For A New Tomorrow
Probably the last of the classic Screeching Weasel albums, Anthem is like a pop-punk panic attack. This is one of the albums that was instrumental in making me want to write about music. I still often catch myself singing along to "Falling Apart" in a mock Ben Weasel voice.

5. The Muffs - self titled
Still my favorite Muffs album by far. In almost any other year, this would have been #1.

3. The Humpers - Positively Sick on 4th Street
Long before it was "cool" to play in the style of down-and-dirty '70s punk rock n' roll, The Humpers were doing it. And nobody ever did it better.

1. New Bomb Turks - !!Destroy-Oh-Boy!!
Not just the punk album of the year, but also one of the greatest punk albums of all-time. Ohio always wins.

I always used to think that 1997 was THE year for '90s punk rock. But based on the above list, '93 appears to have the crown. It's not even close! Let the revisionist historians babble on about the "post Green Day punk explosion". The rest of us know that things had already been exploding for years.