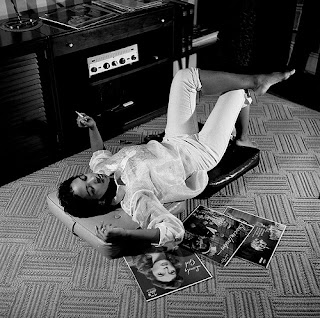 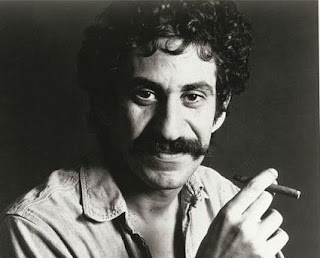 I've decided that our next house will have to have a record room. This room's sole function would be to give me a place to sit and listen to music. I've realized that I don't spend nearly enough time these days just sitting and listening to music. When I was a little kid and first got into rock, that was the way I listened to music. I bought records, and I sat in my room and played them. I taped songs off the radio and played them back. I'd lie in bed all night listening to the latest hits. Now it seems I'm too "busy" to actually spend undivided time with records. If I listen to music, it's usually while I'm in the midst of "multitasking". I listen to the majority of my music while I'm working on the computer. I frequently listen to music while I'm driving. I play the radio in the morning while I'm getting ready to go to work. But rarely do I reserve the time to concentrate only on listening to music. I'd like that to change.

I've heard stories of friends' dads who'd come home from a hard day of work and retire to their designated area to listen to records. One guy listened to Harry Chapin. The other guy played Bee Gees records. Both of them drank beer while they enjoyed their tunes. It seems that that older generation has it all figured out. My old man was the same way back in the mid-'70s. He had an "office" in the basement of our split level suburban home. He'd put on his robe, lie in his recliner, and jam to Jim Croce records on the turntable. I still love Jim Croce to this day.

I envision a similar set-up in my own future. I need a pimped-out lair of rocking. Our brave new world of downloads and streaming tracks certainly has a lot going for it, but I have to admit that no amount of instant gratification can ever replace the satisfaction of music in tangible formats. There's just something cool about holding an album cover and reading the lyrics while you listen to the record. I'll want an old school stereo system with turntable and large speakers in my record room. I'll have shelving to store my vinyl. I'll procure a comfortable chair and perhaps even a small fridge for quick access to liquid refreshment. The walls will be adorned with Clash and Stones posters from back in the day. I may even convert an old shower into a state of the art listening booth.

Of course, even in my present living situation there is opportunity for me to modify the way I listen to music. The beauty of the iPod is that you can take it anywhere. I have a recliner in my man cave. That's usually my seat for watching TV. Instead of always coming home and turning on the TV, I could sit back in my chair and play an album. And by all means, I could go buy myself a new record player for the man cave. The one I have now is left over from the late '90s and sometimes doesn't operate at the completely correct speed. The needle hasn't been replaced since Bill Clinton was president. I'm due for an upgrade.

I suppose what I don't like about all of this technology today is that I allow myself to get so distracted all the time. I'd like to get lost in listening to an album instead of needing to check my email and Facebook every two minutes. I can't sit through two minutes of commercials during a hockey game without changing the channel 16 times and checking my phone for messages. And I don't blame the technology. I blame myself. I've cultivated a significiant attention deficit entirely through habit. Breaking these habits, while a daunting task, will be a highly fulfilling experience. I'm going to make myself relax and listen to music. No distractions will be allowed. My iPhone will remain upstairs. My laptop will remain shut. I won't take notes. I'll just listen and enjoy. Maybe I'll even start taking walks so I can listen to music on foot. Lately I've been doing a special exercise where I stay in bed after the alarm goes off in the morning, listening to music instead of getting up and being productive. These "sessions" have been known to last 45 minutes.

Oh, the extreme sacrifices we must sometimes make to enrich our lives!

Email ThisBlogThis!Share to TwitterShare to FacebookShare to Pinterest
Labels: The Rutledge Essays