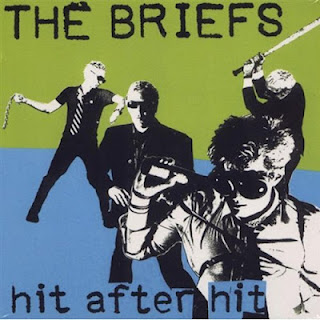 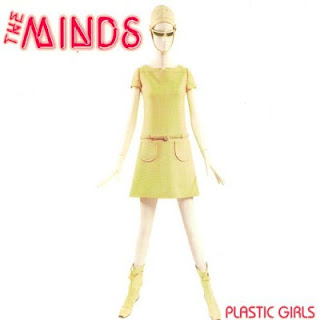 In the early, print phase of my writing career, it was record labels like Pelado and Mutant Pop that ruled the roost. But by the time I went electronic in the early 2000s, a new power label had emerged. Dirtnap Records came into existence the same year the Now Wave webzine debuted, and many of its early releases were particular favorites of mine. The whole Dirtnap scene was precisely the shot in the arm punk music needed at the time. And it was exciting to be connected to it. I was all about The Briefs, then the Epoxies, then the Exploding Hearts. I’ve got great memories of reviewing the Dirtnap Across the Northwest comp. And Dirtnap did not let up from there. The label is still going strong today, and without doubt it rates as one of the great punk labels of the modern era. Making an all-time top ten list of Dirtnap LPs was really hard because I had to leave out so many awesome bands. But man oh man, what a formidable list this is! Here goes:

10. The Spits (2003)
As supreme high commander of the starship Now Wave, I always kept the choice promo for myself and sent out a lot of the “second tier” stuff to my staff writers. But sometimes I fucked up and let a real gem escape. Here’s an example of an album I wish I’d kept for myself. What a band! They’re still killing it today.

9. High Tension Wires- Send a Message (2005)
When this incredible album first came out, I totally panned it. Then I regained my sanity, listened to it some more, realized it was awesome, and retracted my negative review. I’m no politician. I can flip-flop if I want!

8. Epoxies (2002)
The only reason this isn’t ranked higher is because Dirtnap has released such a high volume of incredible music. 99 percent of labels would kill to have released just one album this great.

7. Modern Machines- Take It, Somebody (2006)
One of my favorite bands of the 2000s. This, in my opinion, is their best album. It never got the acclaim it deserved.

6. The Minds- Plastic Girls (2003)
It’s killing me that I only ranked this #6. Easily one of the best and most underrated punk albums of the entire 2000s.

5. The Ergs- Upstairs/Downstairs (2007)
It’s hard to believe that The Ergs, who were together for something like ten years and released over one thousand singles, only made two albums. And while I have a sentimental attachment to their first album, I can’t say it’s superior to their second. This was a band that was still getting better even towards the end of its time. Surely with the release of this album, Dirtnap forever shed its “regional label” rep.

3. Something Fierce- Don't Be So Cruel (2011)
Did I put this too high since it’s fresh in my mind? Only time will tell, but I doubt it. Something Fierce has attained true greatness, and will only get better going forward.

1. Exploding Hearts- Guitar Romantic (2003)
While the majority of my CD collection was, uh, taken without my permission a couple years ago, this is one I still possess. Why? Because it hasn’t left my car in like eight years. One of my all-time favorite punk albums of any era.

So there you have it. Sorry to the Mind Controls, The Pulses, Steve Adamyk Band, Dirt Bike Annie, The Ends, Beat Beat Beat, Sonic Avenues, Busy Signals, and a whole lot of others. Maybe this should have been a top 20!