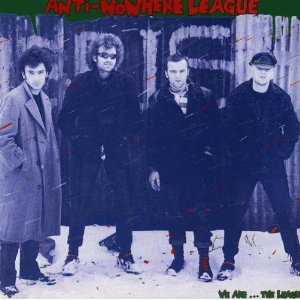 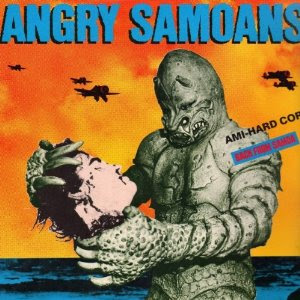 Last month I counted down the ten best punk LPs from twenty years ago. Now we’re going back another decade to 1982. I turned 11 that year. I was not yet into punk. Those of you who were surely bought some or all of these titles! Like the 1981 top ten I did last year, this list demonstrates that punk music in the early ‘80s had changed a lot in just a few short years. The first wave of punk bands had either broken up or evolved musically. The ’77 punk sound was out of vogue. Hardcore was in. A new generation was taking over. And while some may remember ’82 as the year punk rock made its first steps towards a long, miserable decline, others will just remember it for its incredible music. Check it out:
10. Dead Kennedys- Plastic Surgery Disasters
Sure: sometimes the DKs’ place in the pantheon of punk rock can be a little overstated. But there’s no denying their first LP was a stone cold classic. And this, their second album, was nearly at the same level.
9. Fear- The Record
If The Record was a slight letdown compared to the mind-blowing awesomeness of Fear’s tracks on the Decline of Western Civilization soundtrack, it nonetheless kicked serious ass. After all, we are talking about the best record from one of the best punk bands ever. Not even an ill-fitting producer could ruin “Let’s Have a War”, “I Don’t Care About You”, and “I Love Livin’ In the City”.
8. Bad Brains (self-titled)
Notoriously, this album has the ringing endorsement of Adam Yauch. I’ll try to overlook that.
7. Adicts- Sound of Music
In contrast to the typical tough guy “Oi!” band in 1982, The Adicts were all about poppy melodies and glammed-up Clockwork Orange theatrics. Who doesn’t love “Chinese Takeaway”? This is the only band that made both my ’81 and ’82 lists.
6. Zero Boys- Vicious Circle
An all-time classic of hardcore punk, the Zero Boys’ debut album is a lightning bolt of sonic exhilaration. One of the fastest and tightest bands of hardcore’s glory years – with maximum catchiness to boot!
5. Blitz- Voice of a Generation
When it comes to old school Oi!, it doesn’t get any better than this. Wave your fist in the air, hoist a bottle of brewski, and kick someone deserving in the balls. Hard to believe that this band turned into Joy Division within the following year.
4. Anti-Nowhere League- We Are...The League
Perhaps the only band on this list that might make the Angry Samoans seem like Boy Scouts, The League were disgusting and depraved and just plain wrong. And I wouldn’t want it any other way! Blasting out ferocious three-chord odes to sexual depravity and extreme people-hating, Animal and co. were arguably the “punkest” band of their time. But We Are...The League is far more than fuck-off attitude and shocking turns-of-phrase. It’s a great punk rock album chock full of loud & proud anthems for the ages.
3. Misfits- Walk Among Us
The horror/zombie shtick has made The Misfits perpetual favorites of teenage punk kids, but it’s the quality of the music that turns every adolescent infatuation with the ‘Fits into an eternal love affair. At a time when most punk bands were turning away from melody, The Misfits embraced it. At a time when punk music was supposed to be “serious” and political, The Misfits were pure fun. Walk Among Us is one of those albums that everyone needs to own.
2. Descendents- Milo Goes To College
Even the most fervent haters of pop-punk music make an exception for The Descendents. I, like most self-respecting punk rockers, came of age listening to this on cassette tape, pumping my fist and shouting along to “Suburban Home”, “Bikeage”, and “Hope”. I could never get enough, and I still can’t. Juicy burgers! Greasy fries!
1. Angry Samoans- Back From
If “snot-punk” is a bona fide genre of music, the Samoans were its archetypes. This, like the band’s debut LP, has proved to be one of the most influential punk albums ever made. Tasteless, offensive, and averaging one minute, sixteen seconds in length, these 14 tracks make The Ramones sound like Emerson, Lake & Palmer. In this age of political correctness run amok, songs like “They Saved Hitler’s Cock”, “You Stupid Jerk”, and “Homo-Sexual” remind us that this world used to be a perfectly respectable place.

Pretty impressive list, eh? 1982 was the balls! The 1983 list will be much harder to assemble. Better start working on that now!

What a list! I'd compile the same albums, but would replace The Adicts with either "Born Innocent (Red Cross) or "Everything Falls Apart" (Hüsker Dü).

I love these "Top Tens", Josh! Do another one!

One of the best A-NL tunes is their cover of "Streets Of London." Compare it to the original.

Everything Falls Apart, after I checked the dates, turned out to be a January '83 release. So it'll be on next year's list. Another Top Ten coming next month...2002!

Where is Bad Religion's How Can Hell Be Any Worse?

Somehow I left out TSOL's Beneath The Shadows thinking it didn't come out 'til '83. Should have checked my facts!

What about The Exploited - Troops of Tomorrow?

Discharge-Hear Nothing See Nothing Say Nothing should be on there!

1982 was THE year for CA hardcore, EVERY notable album came out that year: angry samoans back from samoa, bad religion how could hell..., black flag damaged, descendents milo, fear the record, minutemen what makes a man..., social D mommys lil monster, surf punks locals only, tsol beneath the shadows, vandals peace thru, x under the big black sun, youth brigade sound&fury...I leave anything out leme know- joshthekook at gmail.

Your omission of Legal Weapon “Your Weapon” is CRIMINAL!

Blitz rule. Or rather they did. VOAG is a classic.