The Faster and Louder readers' poll! 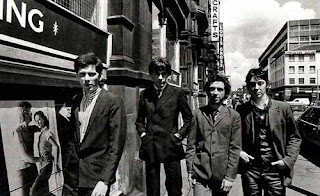 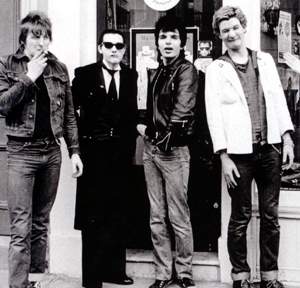 So perhaps you read about the Rolling Stone readers' poll. Readers of the venerable rag were asked to select the greatest punk bands of all-time. Demonstrating what a bad idea democracy can sometimes be, RS readers named Green Day the greatest punk band of all-time. Hopefully this honor does not come with certain benefits – like a large cash prize or an arsenal of super powers – that should have gone to the Ramones estate. But come on. Can anybody actually say they’re surprised by the selection of Green Day? It was, of course, a poll of RS readers, not writers (who probably would have picked an even worse band for #1!). The shocking thing, considering that this was the general public making the call, is that they got so much of the list right. The Clash, Ramones, Stooges, and Sex Pistols, who’d all make my list, made this one too. Misfits and Black Flag were solid choices. I can even abide Bad Brains cracking the top ten. Some selections made me shake my head a little (Social Distortion?), and others were easy to predict (Dead Kennedys). But, you know, it could have been so much worse. I would have bet money that Rancid was going to come in ahead of The Clash!
Listing the ten greatest punk bands of all-time is probably not as easy as it sounds. What the heck, I’ll give it a try:
1. Ramones
2. Clash
3. Stooges
4. Sex Pistols
5. Buzzcocks
6. The Damned
7. Avengers
8. Stiff Little Fingers
9. Pagans
10. Saints
If I re-did the list tomorrow, it would probably be slightly different. Clearly I played it safe, picking no bands from the ‘90s or even the ‘80s! I considered Black Flag, The Misfits, X, and a few others from that time period. I would not have ruled out Cock Sparrer. I considered Teengenerate from the ‘90s. But when it comes to punk music, I’m most definitely a traditionalist. Guilty as charged! You know what I’m asking for next: your top tens. Come on…let’s have it!
- L.R.
Posted by Lord Rutledge at 2:17 PM

As opinionated as I am, Im just not prepared to tackle the parameters of this challenge... But Josh, yer list is cool...

A while back during the NSX years, I named, and followed suit, by claiming KILL THE HIPPIES the best punk band ever... That choice woulnt fit into the parameters of this poll, but I need to stick to my feelings.

KILL THE HIPPIES have a bit of everything you look for in a punk band, or everything I think a punk band should be. Plus, I know them, Ive broken bread with them, I seen their tilting porch. I have launched investigations in the matter.

Im extreamly confident with my choice.

Aldo, fuck Rolling Stone. If they knew anything Rutsy and Gunner would be on their payroll.

Also, I bet Green Day are verily uncomfortable with that call, or they should be. Maybe this poll is a good litmus test concetning their true callings.

The Kids is a great outside the box choice! My #10 came down to Saints v. Dead Boys, and I just had to give it to the Saints. Kinda kicking myself for leaving out Black Flag, but then again that's why this sort of thing is hard!

Shawn, that's the way to do it! No waffling, no pandering to the expectations. I believe you've had Kill the Hippies in your #1 spot for a decade at least!

Larry May was the one who got me into 'em. I've played the first two Kids albums hundreds of times since getting that 2-on-1 CD from Underground Medicine. After hearing "Do You Wanna Know?" and "There Will Be No Next Time," the band gained more favor with me.

The Screamers would make it, if only for their Target Video version of "Vertigo." Might be the most punk thing I've ever seen. Extra points for not having a guitarist.

I'm not ashamed to say it - Greg's list is better than mine! If only because I inexplicably and inexcusably forgot The Dictators!

I took a double take when I saw your list and no DICTATORS! Shame on you! Haha!