Dead Boys or The Pagans? 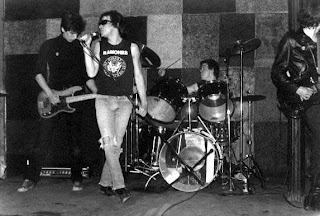 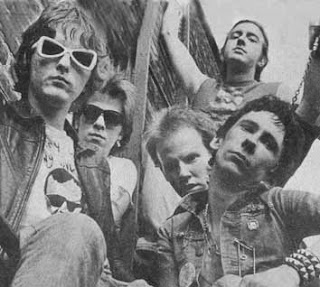 Time for another band battle. And let me tell ya, this one is tough. I’ve lost sleep over this decision. I consulted my therapist, my parents, and Dick Clark, and still no one could help me. I knew I was on my own. ’s greatest beer is Great Lakes Edmund Fitzgerald Porter. ’s greatest athlete is Jim Brown. ’s greatest actor is Paul Newman. But who’s ’s greatest band: the Dead Boys or the Pagans?
I’m guessing that if you polled the public, the Dead Boys would win in a landslide. But given my highly informed and most specific readership, I’m anticipating a photo finish. Unlike the Dead Boys, who recorded two LPs for a major record label, The Pagans never even made a proper album during their 1977-79 heyday. Their legacy is an extraordinary run of self-issued singles that rate with the best 45s of any early punk band. The Dead Boys may have coined the phrase “young, loud & snotty”, but the Pagans were just as loud and no less snotty.
Any way I look at it, it almost itself feels like it has to be a tie. I’d list Mike Hudson amongst the ten greatest punk singers of all-time. But I’d say the exact same thing for Stiv Bators. “Sonic Reducer” is one of my favorite songs ever, but I can’t say I like it any more than “What’s This Shit Called Love?” or “Street Where Nobody Lives”. The Dead Boys are to me the definitive American-style ’77 punk band with their flamethrower guitar leads and degenerate rock n’ roll stylings. But the Pagans, with their thumping ferocity and guitars that spewed noise like alien destruction machines, were the archetypes of Midwestern punk. I maybe give the Dead Boys a slight edge in terms of quantity of killer tunes. But then again, I can’t really say they had a third-or-fourth best song as good as “Eyes of Satan”, “I Juvenile”, or “Boy Can I Dance Good”. The Dead Boys took the influence of the Stooges and New York Dolls to the logical next step. The Pagans played rock n’ roll as if inspired by a chemical-induced rendezvous with God or perhaps the devil. But who was better? Hmmm.

Oh well, I guess it’s just like choosing between kielbasa and bratwurst. There is no wrong answer. I love both bands. But if you put a gun to my head, I’ll cast my vote for the underdog Pagans. The ball is in your court, dear voters!
- L.R.
Posted by Lord Rutledge at 3:05 PM

oh shit. I don't know if I can decide.

I can decide, I have had this discussion during past episodes of FUNCTIONAL INCONVENIENCE.

Hell Josh, I will make a decision for you and Greg...

I feel THAT confident based just on the songs you name Ruts, THE PAGANS! Those songs you mentioned are reason enough. Personally, I like the Dead Boys, but THE PAGANS are the real deal. They didnt move FROM Ohio, the wallered in Ohio. They ate the bad eggs, drank the rotten milk. Lived in the squalor... Now The Dead Boys didnt have it easy their route either, but they chose that route. They wanted the fame. If they made it "big" then they would have been unbearable to live with. Like a fucking 80's glam band or something. They were singing for the labels, THE PAGANS were singing for their lives. Living fast and dangerously on a street where nobody lives.

"Eyes of Satan" is the track! THE track. i could write and write about this song and its lyrics and its whole take. maybe someday i will...

In the chorus, where the line repeats "Eyes of Satan.. Eyes of Satan" ect. In there, deep behind a line is I LOVE SATAN and that shit is convincing to me. I believe this song is serious. it scares me... For this song alone, THE PAGANS win.

Then you got "Shit Called Love" WOW. " Saw it in books, Read it on TV it dosent mean nothin' to me" Shit man... those lines capture a generation!

HGonestly, do the t-shirt test. Who ya respect more. Someone wearing a PAGANS T-Shirt, or a DEAD BOYS T...

Pagans. You could make three albums from all the songs on Everybody Hates You. Dead Boys still kill, though. I won two framed photographs of 'em playing a show in Richmond circa 1986 at a raffle last week.

Three votes for The Pagans! This is turning into a rout! Somebody needs to vote for the Dead Boys...just to make it a contest!

Okay, after listening to The Pagans and The Dead Boys everyday since this was posted, I choose THE PAGANS!

The Dead Boys rule, but there's something about those Pagans records that make me wanna pogo through my roof.

The Pagans. No contest.

I can't believe no one mentioned "Six and change" or "Haven't got the time"!

But still, even with the Dead Boys' major label aspirations, "What love is", "Ain't it fun", "Caught with the meat in your mouth", "Down in flames", "Ain't nothin' to do", "I need lunch", "Flame thrower love" DESERVE to be heard and considered punk classics. It's inevitable that some bands become successful, and I'd rather hear the Dead Boys get name-dropped by casual punk fans than hearing endlessly about the Clash.

But I can't break the tie personally, either. For that reason they're tied as my third place all-time favorite punk band, after the Ramones (#1) and Angry Samoans (#2).