Husker Du or The Replacements? 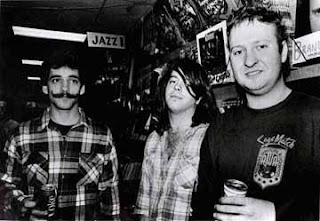 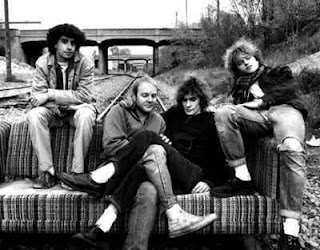 You had to know this one was coming. This one’s a stone cold classic in the annals of band battles. It’s a Twin Cities throwdown! And it’s hard! You’re talking about two of the greatest bands of all-time. You’re talking about two of the most influential acts ever on this punk/indie/alternative thing we’re all so crazy about. You’re talking about two bands that flat-out changed the world.
Let me say that I love, love, love, love, love, love The Replacements. In my list of all-time favorite bands of any genre, The Replacements come in at #4 or 5. But Husker Du is my #3. If I had to pick here (which is the whole point of the exercise!), I pick Husker Du without a moment of hesitation. Husker Du was my gateway band into the world of punk rock. “I Apologize” literally changed my world forever. I heard it, and it was as if this was the kind of music I’d been waiting for all my life. I loved buying all their tapes (yes, back then we listened to tapes!) and discovering the many phases of their much-too-brief career. The early hardcore punk stuff, the epic boundary-pushing of Zen Arcade, the classic melodic punk of New Day Rising, the more “adult” proto alt-rock of their Warner Brothers albums...I loved it all. The Replacements would come on my scene later, and no doubt that was a life-changing development in its own right. But a man never forgets his first love. It’s a cliché to say, “There will never be another band like that again”. But in the case of Husker Du, it’s the truth.
Now it’s your call. Who ya gonna take: Husker Du or The Replacements?
- L.R.
Posted by Lord Rutledge at 1:43 PM

I go with THE REPLACEMENTS. In many ways they are EVERYTHING that punk-rock should be with me. Not that HUSKER DU isnt, but i have yet to really get into much DU-DU. Did I just hear two verily large gasp from an area near the Great Dismal Swamp and the Kingdom of Pennslyavania?

I figure i have plenty of time to get into HUSKER though. But im still with The Replacements.

Many people think Im a piece of shit, and that number will grow when i admit to driving around smoking pot and listening to STINK all at once. Yeah, im THAT guy. So me and the Replacements, we have a thing.

It's hard to pick just one fave Du album, so I applaud Mould! That's a good one to pick. I'd probably go with New Day Rising for purely sentimental reasons, although it's hard to deny Zen Arcade.

THE REPLACEMENTS, final answer. I think...

Now we have some parity! Two votes for the 'Mats!

The Replacements. Why? I have strangely found my way into indie rock by going backwards from the alternative mainstream of the 1990's. I'd heard Husker Du before I knew about the Mats, but I didn't get into their music. It didn't make sense to me until after I heard the Mats' Tim (1985). As ridiculous as it may sound, I owe the Mats' my life for they changed it. I have never looked back since.