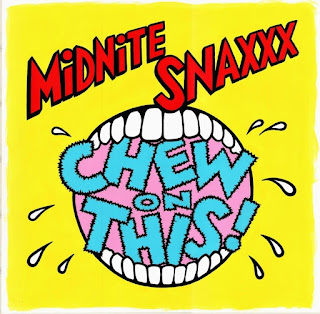 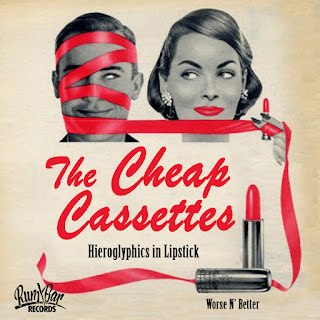 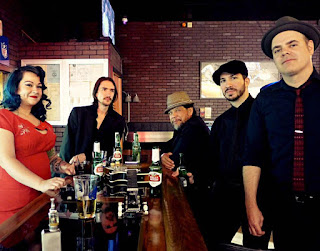 So here we are at the end of another year. I'm doing my end-of-the-year activities a little bit differently this year. I've formerly done two separate posts: one for my top albums of the year and another for my annual Lord Rutledge Awards. I've decided to simplify things this year with just one post covering all of my favorite music from 2017. So let's get right to it!

Top Twenty Albums of 2017
Again this year, I found there to be a lot more than ten albums that were top ten caliber. So I had to take it all the way up to a top 20! Streaming links have been provided where applicable.

20. Cheap Whine - Self Titled
So many things I like all in one band. Powerpop/punk? Check. From Canada? Check. Steve Adamyk is involved? Check. A truly fine debut with just the right balance of pop and punk.

18. Sheer Mag - Need To Feel Your Love
Building on a foundation of arena rock inspired pop with the soul of punk, Need To Feel Your Love is a bold step forward from this Philly outfit's outstanding first three EPs. Who expected the most urgent political rallying cry of the year to sound like '80s metal? Who knew that any band could still pull off disco pop? Sheer Mag made all of that work and more, and I can't think of another band more adept at writing songs about all of the things that matter the most.

17. Suzes- Fragile Development
Here's an album that has not gotten nearly the attention it deserves. Suzes is the new band from Lee Jones - who formerly fronted Aussie power pop greats The Solicitors. After relocating to Duesseldorf, Jones formed Suzes with new band-mates Roman and Tomo. Fragile Development doesn't stray far from the classic new wave pop of The Solicitors, but it rocks a little harder and has a more modern feel. How is "A Stone's Throw" not all over the radio?!

16. Suspect Parts - Self Titled
The long-awaited debut album from the international supergroup made up of Justin Maurer (Clorox Girls, Maniac), James Sullivan (Ripchord), Chris Brief, and Andru Bourbon (Radio Dead Ones). A necessary purchase for punk people who like pop and pop people who like punk.

15. Sonic Screemers - Self Titled
Another great one out of Philly! Early '80s West Coast inspired punk with an East Coast attitude. What's not to love?

14. Küken - Self Titled
Wait! Didn't this album already come out two years ago?! No, that was the first self-titled album from Küken! This is a completely different album with the exact same name. Another round of nasty and perfectly minimalist punk rock from twins Chris and Philipp (ex Kidnappers).

12. The Stanleys- Self Titled
What is it about Australia and amazing power pop?

11. honeychain - Crushed
Power pop meets punky alternative rock that will have you fondly recalling the '90s. As far as I'm concerned, Hillary Burton is one of the best songwriters out there.

10. Los Pepes - Let's Go
The album on which these Londoners fully live up to their "loudest powerpop band on Earth" proclamation.

9. The Suicide Notes - Is That You?
Many years in the making and worth every bit of the wait, this is a truly stellar work of girl group inspired punk/pop.

8. Freak Genes - Playtime
Andrew from Proto Idiot/The Hipshakes and Charlie Murphy from Red Cords got together and started working on all the weird rejected song ideas that didn't fit with their other bands. And yet somehow it all fits perfectly in this band! Great post-punk/new wave/pop that brings to mind the quirkier side of first wave U.K. punk.

7. Role Models - Dance Moves
Role Models have released three albums in three years, and each one has made my top ten. If you don't yet recognize Rich Ragany as one of the greatest songwriters in rock n' roll, you need to get caught up!

6. Control Freaks - Mindless Entertainment
It figures that the best garage punk album to come out in years would involve Greg Lowery. And in Natalie Sweet from The Shanghais, Lowery found the perfect individual to co-front his latest band. Mindless Entertainment is truth in advertising, and for that we should all be very glad.

5. Shanda and the Howlers - Trouble
There are not enough bands like this anymore: Stax/Motown inspired soul music with original songs and a powerhouse singer who just might be Etta James reincarnated. Sounds authentic enough to have come out in 1966, yet fresh enough to be relevant today.

4. Indonesian Junk - Stars In The Night
Brilliant trashy power pop glam punk street rock n' roll fronted by the inimitable Daniel James. If I gave an award for best lead guitar work on a record, this one would probably win.

3. First Base - Not That Bad
I have not heard late '70s style pop/punk done this well in ages.

2. Crazy Squeeze - Savior of the Streets
I've been a huge fan of The Crazy Squeeze going back to the earliest days of this blog, but I must say this album blows away the band's previous output. It's one smash hit after another. Hail the kings of pub rock!

1. Midnite Snaxxx - Chew On This
There wasn't a whole lot separating any of the albums in my top three, so a final decision was absolutely agonizing. Much sleep was lost over this difficult choice. Charts and graphs were drawn. Professional help was sought. But ultimately it came down to this: I had pegged Chew On This early on as the album to beat, and no album was able to beat it! Dulcinea Gonzalez has been one of the truly under-appreciated talents of the punk rock world going back 20+ years, and this is the best album she's ever been a part of. It hits that sweet spot where '77 punk, power pop, and garage punk intersect in perfect proportion. And even after nearly a year of listening to it, I look forward to every single track. If you don't own this album yet, make a New Year's resolution to buy it!

Top EP of 2017: Slow Faction - Under Heavy Manners
Is it an EP or a mini-album? Same difference, I suppose! I have a long history of loving punk music with a political message going back to The Clash and early SLF. London's Slow Faction are more than worthy heirs to the tradition.

Top Song of 2017: Shanda and the Howlers - "Born With a Broken Heart"
It may seem odd that a blog called "Faster & Louder" would pick a ballad for its song of the year. But I can still remember hearing this song for the first time and how my jaw just dropped. I knew right then and there that Shanda Cisneros was a special talent. I love how the band backs her with exquisite skill yet allows her vocal to be the focal point of the song. This, my friends, is soul music.


Top Label of 2017: Drunken Sailor Records
Drunken Sailor, in my book, has become THE label for the best in present-day punk rock. Among the label's 21 releases in 2017 were my #1 ranked single, my #3 ranked album, two singles in my top ten, and three albums in my top 20. If you don't believe me, go download this free sampler and find out for yourself!

Top Collection of 2017: Purple Wizard - Cream of the Crop
For Lori Lindsay and Leslie Day, their greatest competition here was themselves! And that's because The Prissteens' Demos and Rarities Volume 2 was my second choice for this award. Both were released by Girslville and are well worth picking up. It might be highly controversial to say that Purple Wizard was actually better than The Prissteens, but you could say that the latter band fully realized the former's original vision of a female Everly Brothers. Cream of the Crop compiles all of the band's 7" tracks in addition to some unreleased songs and choice album cuts. Does it bother me that it's mostly covers? Nope! In a way that makes it even cooler, as you get to hear Lori and Leslie put their unique touch on a whole slew of '60s R & B and British Invasion favorites. There was no more essential musical release in 2017.

Top Debut of 2017: Corner Boys - "Just Don't Care"
This one was an easy call. Corner Boys followed a really strong demo with a brilliant debut 7" that sounds like it could have come out of the Vancouver punk scene in 1979. You can also hear hints of Good Vibrations Records and American bands like The Simpletones. Fingers crossed for more music from this band in 2018!

Top Cover Song of 2017: The Crazy Squeeze - "Suds"
You may or may not know the original by J Gale Kilgore. All I know is that this is my new personal anthem.

Top Producer of 2017: Kris Rodgers
You may already know Kris Rodgers as one of the best keyboard players in rock n' roll and an exceptionally talented singer/songwriter. You can add producer to that resume. Listening to his excellent album Losing The Frequency, I was so impressed with the massive AOR production that I immediately had to consult the credits. And there it was: "produced by Kris Rodgers". It's almost unfair that one man could possess this much talent!

Top Album I Didn't Review In 2017: Booji Boys - Self Titled
I have no excuse.

Top Release of Late 2016: The New Frustrations - Dee Bacle
There's always that one record that comes out in late December and misses out on the glory of my year-end best-of list. And this one was a big deal: the first New Frustrations release in nine years! Still the best band you're not listening to.

Top Cover Art of 2017: The Cheap Cassettes - "Hieroglyphics In Lipstick"
Artwork by Anna and Kevin Parkhurst. This is one cassingle you don't want to leave buried under your car seat.

Well that's a wrap for another year! Have a festive and safe New Year's. See you in 2018!

cheers for the great reviews during 2017 josh. your end of year review (as always) is one that everyone should read and then check out the gems they've missed

Thanks so much for the support! Happy New Year too you!

Epic! I'm going to go broke getting all this.