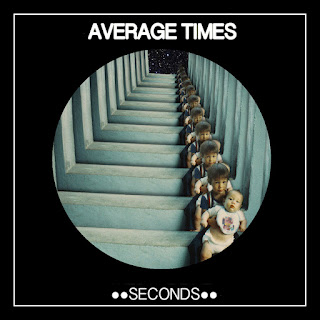 There's a new Average Times album out? How did I not know about this sooner?! It was almost four years ago when these Ottawa punks released their totally great debut album, and somehow they snuck out a follow-up with little fanfare in September of this year. They just recently put it up on-line, and I can't quite fathom why more people aren't talking about it. This thing rules! I think Seconds is every bit as good as the first album. And perhaps due to the many years between the two releases, the lack of any significant "advancements" in the group's sound is not bothersome in the slightest. It's pretty much the same formula that worked so well last time: snotty '77 punk and garage punk mixed with a little power pop and hurled out with maximum energy and catchiness. Only three of 12 tracks surpass the three-minute mark, and they don't clear it by a lot. Average Times wisely chose not to fix what wasn't broke. If you're looking for a fun punk rock album to crank loud and sing along with, Seconds is just what you need. Don't sleep on this one!