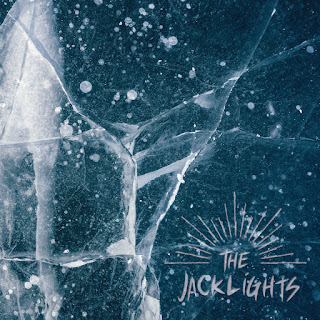 The Jacklights, the newest addition to Justine Covault's Red on Red Records, have released a song about winter at the most appropriate time. "Winter", released this week on Red on Red, takes me back to the '90s era of melodic punk rock. It could be seamlessly slotted into a playlist between Jawbreaker and Discount. It's funny how most songs about winter are associated with Christmas and thus disregarded after January 1. Well now The Jacklights have given us a true winter song to get us through the next several weeks! I appreciate how songwriter Nilagia McCoy articulates the way so many of us feel during the coldest months of the year - when the frigid weather adversely impacts the soul and just getting out of bed can be a challenge. Pairing this concept with the theme of loneliness, she's crafted a powerful and extraordinarily human song. We used to call this "emo" back in the day. But given the connotations that term has taken on in recent times, I'll just describe this as thoughtful, heartfelt punk rock. It's the kind of song that you'd listen to on your headphones while you were walking alone in the cold and reflecting on your life. McCoy (vocals, guitar) forms a tight trio with drummer Steve Patton and bassist Michael Allen. "Winter" quickly follows up the band's debut EP that was released this past October. Be sure to check out Red on Red's virtual showcase on February 12th where you can catch all-new exclusive music videos from The Jacklights and the rest of the bands on Red on Red!
-L.R.
https://thejacklights.bandcamp.com/track/winter
https://www.facebook.com/thejacklights/
https://redonredrecords.bandcamp.com/
https://www.facebook.com/redonredrecords/
Posted by Lord Rutledge at 8:22 AM