New single from Devious Ones! 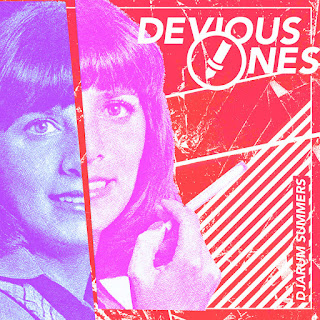 Detroit's Devious Ones have been one of my favorite current-day bands since the very first time I heard them. I can't believe that was already two years ago! One of the things I love about these guys is that they prove that it's possible to take influence from '70s punk and power pop yet still create music that sounds new and fresh and original. Consider the band's brand-new single "Djarum Summers". I can listen to the A-side and honestly say that there's no other band out there that sounds exactly like this. Sure, it's old school catchy punk - which I love. But it's immediately identifiable as a Devious Ones song and not just some rewrite of a classic hit. That guitar tone is bad-ass, and there's something about the way Eric sings the chorus that really makes this song stick in my head. Best D.O. song yet? It's at least in the conversation! On the flip, "Court Clothes" is a perfect example of what this band does so well. It's basically fast poppy punk, but with some unusual/creative touches in the vocals and lyrics that really set it apart. If you're a fan of what a band like Maniac has been doing in recent years, you should dig Devious Ones as well.

A co-release between Rust on the Blade and No Front Teeth Records, "Djarum Summers" is Devious Ones' first international release. Downloads are now available via digital outlets, and vinyl is coming soon! Locals can pick up the single at the band's record release party at Kelly's Bar Hamtramck on March 11. Original '77 punks Cinecyde will be on the bill!