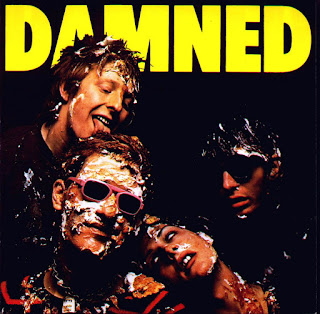 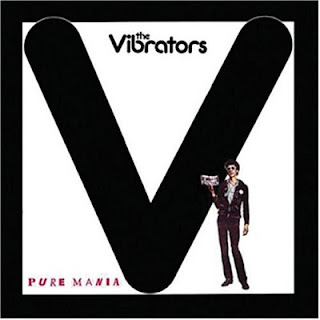 Back in 2007, I decided to celebrate the 30th anniversary of punk rock's "breakout year" by doing a series on the best punk records of 1977. But I never finished the series. In the midst of a personal crisis, I abruptly "retired" from writing about music in November of 2007. The series probably got somewhere into the top ten before Now Wave Magazine went "off the air". It always left a bad taste in my mouth that I never finished the job. So now, six years later, I'm starting over. I'll begin with the LPs. It seems like most of these choices are kind of obvious, but it's always fun to decide who makes the cut and how to order my selections. Who have I placed at the top of punk rock's first graduating class? Let's find out!

10. Vibrators - Pure Mania
The question of whether not they were "real punks" will be eternally debated. My response would be, "Who the fuck cares?!" Fashion and politics come and go, but great music is eternal. Rooted in pub rock and stripped down to the essence of three-chord rock n' roll, Pure Mania helped to define the sound of '77 punk.

9. The Boys - self titled
With roots in glam rock and a shameless affection for bubblegum melodies, The Boys were founding fathers of pop-punk. Each of the band's first two albums is an all-time classic, although I slightly prefer the pure punk adrenaline of this landmark debut. I'm gonna be, gonna be sick on you!

8. Dead Boys- Young, Loud & Snotty
The title pretty much says it all, doesn't it?

7. Wire - Pink Flag
I think Wire has made a lot of great music over the years. But if I'm going to listen to Wire, it's going to be the minimalist punk brilliance of Pink Flag. This record re-invented '77 punk yet still epitomizes it.

6. Sex Pistols- Never Mind The Bollocks
So much has been made of this album in terms of musical influence and cultural impact. But sometimes people forget what a phenomenal rock n' roll record it is. The opening strains of "Holidays In The Sun" still give me chills. And for the record, "God Save The Queen" is my favorite punk rock song ever.

5. Saints - (I'm) Stranded
Inspired by The Stooges, MC5, et al, The Saints more or less "invented" punk rock simultaneously with The Ramones. Recorded cheaply and quickly, this scorching debut has all of the energy and power we equate with punk without comforming to any of its "rules" (several tracks are in the 4-5 minute range).

3. The Clash - self titled
London Calling is a probably the best Clash album. But when I feel like listening to The Clash, I usually crave the urgency and passion of songs like "White Riot", "London's Burning", and "Career Opportunities". The later U.S. reissue improved the product by swapping out a few tracks. But even in its original state, The Clash is one of the five greatest punk albums ever made and a true embodiment of why they're "the only band that matters".

2. Ramones - Rocket To Russia
I'm not saying it was a coin flip between this one and Leave Home, but it was pretty darn close.

1. Ramones- Leave Home
You'd think I'd have the more accessible Rocket To Russia ranked higher than Leave Home since I'm a "pop guy". But I'm a purist when it comes to The Ramones. I like the rougher edge of their first two albums. Those two LPs will never be topped by anyone in any genre of music. Why have aliens not taken over our planet? Because they heard The Ramones and had to accept the superiority of the human race.

Just missed the cut: The Jam - In The City, Johnny Thunders and the Heartbreakers - L.A.M.F., Eater-The Album

So there you go. When I talk about "'77 punk", I'm referencing music in the style of the above bands/records. I was only six years old in 1977, so it's not like I have any kind of nostalgic attachment to this era. But I will forever maintain that early punk rock is the greatest music ever made. If you don't own all of the above albums, it's time to go shopping!