The Year of Ketchup 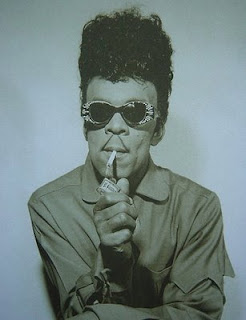 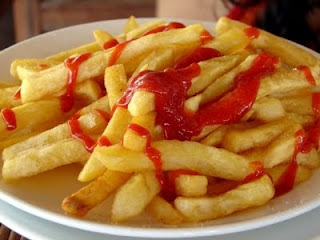 2012 is officially the year of ketchup. Without reason, I abandoned ketchup as a small child in the early ‘70s and never looked back. It did not help that I was forced to eat it as a “vegetable” in elementary school. But much time has passed. This year, I’m opening my mind. I’m giving ketchup another chance.

It’s also the year of Mexico. My wife and I will be vacationing in Riviera Maya in March. In preparation, I’ll be dropping 15 pounds and listening to many different versions of “La Bamba”. Which reminds me…

It’s also the year of the guns. No more prioritizing shoulders and back in the gym. In 2012, it’s biceps and triceps out the wazoo.

It’s also the year of chicken wings. Last year was the year of burgers, and that went swimmingly.

It’s also the year of shaving. Last year I shaved only once or twice a week. I pretended this was because I was “rationing” razor blades, but really it was because I was lazy. This year I’m going to shave daily. I enjoy lathering up, listening to Little Steven’s Underground Garage channel on SiriusXM, and getting a good, clean shave. Life is about simple pleasures.

I'm out of shaving cream, but there's lots of ketchup in the fridge. Maybe I should use some on my face.

You could also try oatmeal...it's good for the complexion.