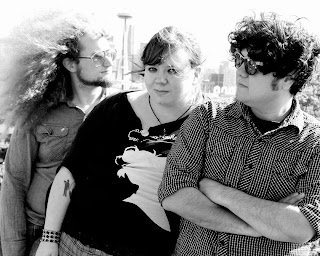 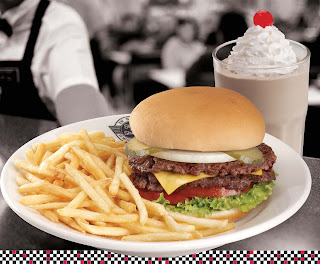 A long time ago in a galaxy far, far away, there was a grand New Year's tradition called the Lord Rutledge Awards. Every December 31st, the true believers gathered in a top secret location revealed by hidden codes printed on the undersides of beer bottle caps. Individuals attired in tall hats and formal garb eagerly awaited proclamations of world-altering significance. There was food and drink and music and dancing…but no clowns. Clowns were strictly forbidden. A few were maimed to make a point. Winners of these awards paraded down major thoroughfares hoisting their trophies towards the sky while children danced gleefully in the streets to the sounds of their recordings. Videotapes of these festivities, once housed in the Now Wave Magazine Hall of Fame and Sausage Shop in , were lost in a flood. You will have to take my word for it.
Now Wave Magazine is no more, but the Lord Rutledge Awards live again. A number of occurrences of recent months have led to the revival of these awards. More than one elected public official played a critical role. There was a letter-writing campaign and an Occupy Five Guys demonstration. I was moved to action by a vivid dream involving a talking walrus, a headless Wal Mart greeter, a Wham! comeback tour, neon green Oreos, and the fictional landlord Stanley Roper. But mostly, it all comes down to the music. If it weren't for all the great bands who released so much outstanding music in the year 2011, we would have nothing to celebrate this evening. Thank you to all who have come here tonight. Some of you traveled a very long way. In honor of our guests from overseas, we will be serving only German beer tonight. If you did not receive your bag of burgers at the door, there will be another pass-around momentarily. Much appreciation goes out to Shawn Abnoxious and Gunther 8544, who have agreed to sit in, on standup bass and beatbox respectively, with Greg Mongroll on a special live medley of songs from the forthcoming Mongrolls album. I will be grabbing my cowbell and joining in for a rousing cover of "Gimme Danger". It should be an entertaining and fun-filled evening. And without any further ado, let's get to the awards!
Song of the Year:
The Dahlmanns- "I Love You Baby (But I Hate Your Friends)"
So what if they didn't write it? Andy Shernoff wrote it, and Andy Shernoff is the man! My hearing a pop song this good on the radio was a major impetus behind my return to music reviewing. You may recall that The Dahlmanns took a fair run at Album of the Year honors. They came up just a little short, but having the best song of the entire year ain't too shabby! Runner-up was "Victory Lap" by Missing Monuments.
Best New Band:
The Cry!
This was a close one, because on the punk rock side of things the Dead Tricks from New York City arrived with a bang in their own right. But you know I'm a sucker for pop, right? And in the pop department, The Cry! from Portland straight up blew my mind. Seriously - this band's gonna be special! Expect a review of their debut album within the next couple of weeks.
EP of the Year:
Nuclear Santa Claust (self-titled)
In a knife fight between The Pagans and Spits, somebody has to get hurt.

Single of the Year:
Midnite Snaxxx - "Guy Like That" b/w "Jackie"
Tina Lucchesi and Dulcinea "Loudmouth" Gonzalez band together to play garage/powerpop/rock n' roll, and the results are predictably sublime.
Record Label of the Year:
Modern Action Records
It was a close call since Dirtnap Records was again a force this year. But Modern Action takes it on the strength of sheer quantity of A-level releases. Sharp Objects, Amoebas, Modern Pets, Complaints*, Neighborhood Brats…I could go on and on!
Burger of the Year:
Steak 'n Shake
This was an F & L post not to be missed!

Read of the Year:
"The Last American" by Shawn Abnoxious
I may not have read a great novel in the year 2011, but I did read a short story for the ages! If this doesn't make it into next year's Best American Short Stories anthology, me and someone at Mariner Books are gonna throw down! Click here for more information and a link to a free download.

Man of the Year:
Kevin McGovern
Remember in pre politically correct times when Time magazine annually gave out a "Man of the Year" award? I've always wanted to do that. So here ya go! This year I'm giving it to the longtime Prostitutes frontman. Just because.

Television Commercial of the Year:

"I'm taking the bus, and you will NOT see me at the pancake social tomorrow!"

The Patrick Bateman Prize for Excellence in Music Criticism:
Zach Braun
In the past, I gave this award based on one particular outstanding review. This year, I'm opting to recognize the best reviewer/blogger of the year for his cumulative efforts. I marvel at the depth of Zach's musical knowledge. His reviews are always well thought-out, well-researched, and well-written. And his passion for what he does is truly inspiring. Take a look at Random Old Records. You'll learn something. You'll be entertained. You'll discover some great new bands! It's like The Big Takeover with better musical taste.

Album of the Year- Masters Class:
Adolescents- The Fastest Kid Alive
This award goes to the best album released by a band at least 25 years into its existence. While the likes of the New York Dolls, Rocket from the Tombs, and Gang of Four turned out credible releases this year, the latest from the Adolescents smokes 'em all. I know this is far from the original Adolescents lineup (only Tony and Steve remain). And no doubt Tony's voice has mellowed over the years. But this is the closest the band has come to reviving the "classic" Adolescents sound in a whole lot of years. If you liked the OFF! album, this is very comparable. These adolescents may now be pushing 50, but they can still bring it!

Album of the Year:
Something Fierce- Don't Be So Cruel
Here's the full list.

Album I Should Have Bought, But Didn't:
Giuda- Racey Roller
Oh well, there's always next year.

Album of the Year 2010:
Kidnappers- Will Protect You
I was not around to give out this award one year ago. Tonight I do so retroactively. The cash prize has been upgraded to account for the declining value of the American dollar.


The Faster and Louder Championship Belt:
Something Fierce
This is a new award which goes to my reigning favorite current band. I feel that, as a follower of music, I need a favorite band. So if someone comes up to me and asks, "Who's your favorite band now?", my answer today is Something Fierce. Will they manage to retain the belts for another year? We shall see! I foresee  formidable challenges from Midnite Snaxxx, The Cry!, and others. Thrilling times ahead!

Happy New Year, dear readers! Thanks so much for taking the time to follow F & L! May you all have a healthy and prosperous 2012! For the new year, expect more postings on the best in new punk rock and power pop. Food coverage will be expanded into new territories (wings? chili?). Of course you can look forward to the usual lists and band battles...and perhaps a few new features including an F & L Hall of Fame! See you next year! Drive safe!

Thanks for your support Lord Rutledge... I have yet to hear anything from Mariner, but thats ok. Im gonna score somne Pint 8's tonight an get down on my own level!

That GEICO spot was also responsible for the idea of a future B.A.G. Pancake Social. What's the proper ratio of sausages to cakes? 8:5 would be my suggestion.

GEt in touch... John, The CRY john@thecrypdx.com