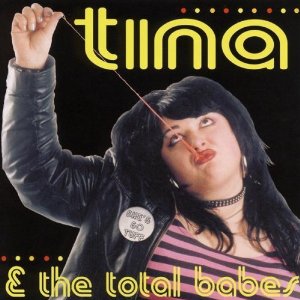 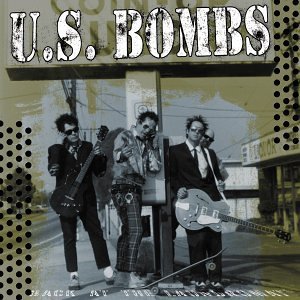 With the end of the month rapidly approaching, I have been working feverishly to complete this highly-anticipated top ten list. I’ve not been answering the phone. I’ve been missing airings of Man V. Food Nation. I’ve been eating only six times a day. But the hard work has paid off, and I now present you with the finished product. This is not my top ten albums of 2011. That list is far from finished. This is my top ten for 2001.
If you’ve been following me through the years, you may have noticed I have a slight (ha ha!) tendency to rush to judgment. A record is either the greatest thing I’ve ever heard, or it’s the absolute worst. I have been known to retract negative reviews. I’ve also been known to rave about a certain record and then never play it again the rest of my life. So sometimes my year-end lists embarrass me when I look them over at later points in time. But I thought, hey…What if I gave myself ten years to come up with a year-end list? Wouldn’t I get that one right? So I endeavored to reconstruct the list I published a decade ago based on how I feel today. A full decade’s worth of deliberation, reflection, research, and repeated listens have led me to this, my 2001 top ten V.2! Some titles made both lists; others did not. Join me now, faithful readers, as we take a trip back in time. The year was 2001. Now Wave Magazine still existed in print form. I turned 30 years old. I dismissed reality TV as a passing fad. George W. Bush was inaugurated. 9/11 shook the world. Linkin Park had the best selling album of the year. The first Harry Potter movie came out. Albert Pujols was the National League Rookie of the year. PlayStation 2 was still the shit. And these were the ten best punk LPs of the year:
10. Bombs- Back at the Laundromat
Out of all the “punk revivalist” bands of the late ‘90s, very few were legitimately comparable to the all-time greats. The Bombs were one of those few, and Back at the Laundromat is one of their finest albums.
9. Richmond Sluts- self titled
Remember this band? I do!
8. Zodiac Killers- Have a Blast
By 2001, a lot of folks were pretty sure that Rip Off Records was starting to go downhill. It was easy to poo-poo the Zodiac Killers for not being The Rip Offs or The Registrators or Loli and the Chones. But that was a whole lot of bullshit. If you’re a fan of early ‘80s hardcore punk, this and all the Zodiac Killers albums belong in your collection.
7. Daggers- Backstabber Blues
I will always regret panning this band’s debut album. This, their sophomore effort, was one of the best New York Dolls influenced records of its time.
6. American Heartbreak/Libertine- You Can’t Kill Rock N’ Roll
Whatever happened to Coldfront Records?! The AH half of this split was a worthy follow-up to the classic debut album Postcards from Hell. The Libertine half is golden as well. The Psychedelic Furs go punk.
5. Smogtown- Domesticviolenceland
Looking back, I really should have played this more.
4. Beltones- Cheap Trinkets
Hard to believe this is the only studio album The Beltones have ever done. Probably one of the ten best punk bands of the ‘90s.
3. Stiletto Boys- Buzzbomb Sounds
Apparently I wrote the liner notes. It was so long ago that I don’t even remember. As great as the band’s first album was, time has proven their second to be even better. Pelado Records later put out a CD version called A Company of Wolves. New album Liberator will be out in 2013.
2. Tina and the Total Babes- She’s So Tuff
Hands down, one of the five greatest power pop albums ever issued. Super groups don’t get any more super than this.
1. The Dictators- D.F.F.D.
One of the greatest bands of all-time put out what I believe to be their best album. Who will save rock n’ roll? The Dictators, dummy!

Not a bad year, eh?! Apologies go out to any bands I forgot. This whole project would have been much easier if I had actually kept copies of my original writings!

Wow. Impressive list, a good read. I remember interviewing Duane Peters for the Neus Subjex during a Cincinnati appearence circa 1998 at,, where better place than SUDSY MALONES a bar and laundrymat combination!

Awesome list Josh... itsreally cool how you are keen enough to admit what you interperet as rash decisions and how you feel you jump to conclusions as possible readdressments.

Verily humble. Inspiring too. Only by addressing personal shortcommings can one grow. Something i got out of this.