Album of the Year 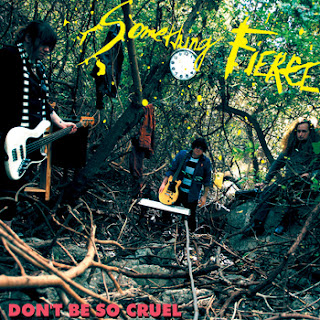 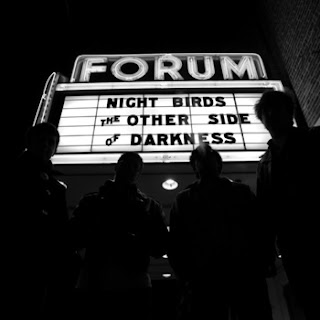 Most people probably start thinking about their Album of the Year lists in November. Me, I was already working on mine back in June! That's just how my mind works. Nearly every title on this list was mentioned, at the time I reviewed it, as a serious Album of the Year contender. Partly that's because I'm notoriously prone to overstatement. But mostly it's because this was a really great year for punk music. It was the emergence of awesome new bands (like The Keefs) and the incredible strides made by old ones (like Something Fierce) that compelled me to "unretire" from music reviewing this year. And once I got myself going again, I sure didn't have any trouble finding more bands to write about! I'm confident in saying that this Top Ten is the strongest I've put together in a lot of years. The running joke is that I've been internally debating the order of the list to the point of obsession. Much sleep was lost. I re-wrote the list so many times that I contracted writer's cramp. But now that the moment of truth has arrived, my choice for #1 is hardly surprising!

10. Cute Lepers- Adventure Time (1-2-3-4 Go!)
Another really good album from one of the best modern-day '77-style punk bands.
9. Tenement- Napalm Dream (Mandible Records)
My mandatory Wisconsin entry. "Classic indie" stylings a la Husker Du and Dinosaur Jr. updated for the new punk generation.
8. Amoebas- self titled (Modern Action)
The debut from Grand Rapids, Michigan up-and-comers did not disappoint. Great snotty punk rock. It's like 1997 all over again!
7. Bad Sports – Kings of the Weekend (Dirtnap)
Ramones-inspired punk rock with power pop sensibilities. I was considering this for the #1 position as recently as September 23rd!

6. Barreracudas- Nocturnal Missions (Douchemaster)
Their singles were merely okay, but the album was a beast. A great mix of punky power pop and '70s style rockin' glam. Bonus points for an album title that would make Beavis and Butthead chuckle.

5. Night Birds- The Other Side of Darkness (Grave Mistake)
Breakneck early '80s California hardcore transplanted to 2011 Brooklyn and the Jersey shore- with requisite surf motif. In most other years, this would have easily made my top two.
4. Missing Monuments- Painted White (Douchemaster)
The great King Louie makes his "power pop" album, which sounds to me like rootsy rock n' roll! Classic.

3. The Dahlmanns- All Dahled Up (Pop Detective)
Ramones-inspired female-fronted power pop featuring Andre from the Yum Yums and his wife Cecile Line. This would be a multi million seller in a better world.

2. Sharp Objects- self titled (Modern Action)
From The Crowd to The Adolescents to Smogtown and numerous bands in between, there's been one hell of a California beach punk legacy. "Two guys from The Bodies, one guy from The Briefs, and a guy from For the record, this was Greg Mongroll's Album of the Year.
1. Something Fierce- Don’t Be So Cruel (Dirtnap)
Something Fierce was my favorite up-and-coming band when I shut down Now Wave Magazine four years ago. But the Houston trio has grown by leaps and bounds since then, and Don't Be So Cruel is the album that's taken them to the next level. It sounds like the album you wish The Clash had made in 1982, yet at the same time its feel is very "modern". Always skilled at writing simple pop/punk songs, this band has demonstrated that even more sophisticated material can be laden with hooks. Just as impressively, the album's lyrics manage to make serious statements about political and social matters without coming off lame or preachy. And while Something Fierce have something to say, that doesn't mean they don't have fun doing it! Don't Be So Cruel brings a funky, frenetic energy propelled by a playful dynamic between guitar and bass. Niki Sevven is the female Paul Simonon!

There you have it. 2011 will forever be remembered as an awesome year for albums! And just in case you're wondering about EP of the Year, Song of the Year, Best New Band, and a host of other high honors, stay tuned! The 2011 Lord Rutledge Awards are coming in ten days!

Nice job! I have thoroughly enjoyed reading "Faster And Louder" this year and look forward to more! And for the record (no pun intended) my tops for the year were listed in no particular order. Although that Bad Sports LP has been on heavy rotation here at Hideout Records, the Sharp Objects LP gets my vote for best.

Awesome! I too have enjoyed F&L... but you will hear more about that..

Duly noted, Greg! Correction has been made!