New one from Kris Rodgers! 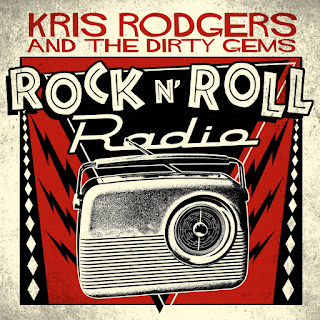 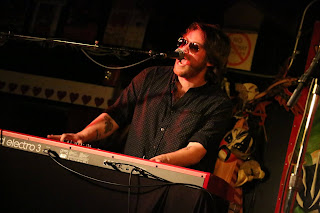 When Kris Rodgers isn't busy laying down knockout keyboard tracks for some of the best rock n' roll bands in the world (The Connection, The New Trocaderos, Kurt Baker Band), he's fronting an incredible band of his own. His talent for singing and songwriting make him a true triple threat, and no fan of '70s pop/rock should miss his recordings with the Dirty Gems. His last single, "Can't Spend Another Christmas (Without You)", ought to be played on the radio year round.

Rodgers & The Dirty Gems have offered us a sneak peak of a new album due out later this year in the form of a single called "Rock N' Roll Radio". No, the A-side is not a Ramones cover. But as you'd expect, it's a celebration of the classic music of yesteryear and the joy of listening to the all-time greats on a turntable. This is a song that definitely has a lot to say about how the digital age has altered the experience of listening to music. But it's not so much a call to turn back the clock as it is a reminder that all of those great records are still around for us to enjoy. With lyrical nods to the likes of Little Richard, Jerry Lee Lewis, and Buddy Holly, you know exactly where Rodgers is coming from. Musically, the song is right in the Dirty Gems' wheelhouse - recalling the rocking side of Elton John's heyday. And, damn, what a hook! You could sneak this tune onto any "classic hit" radio station's playlist, and no one would suspect that it wasn't recorded in the '70s!

B-side "Let Go" is the perfect classic rock complement to the AM gold of "Rock N' Roll Radio". Again it's a well-crafted pop song- but with more bar band/blues rock muscle behind it. It's the kind of song that you'd describe as an AOR radio hit if AOR radio still existed. I love it when Rodgers really lets loose that big voice of his, and he does that here for sure. And boy, does Tom Hall ever kill it on lead guitar!

"Rock N' Roll Radio" is available as both a digital download and a CD single via Rodgers' Bandcamp. Look for the new LP Losing the Frequency out this fall!