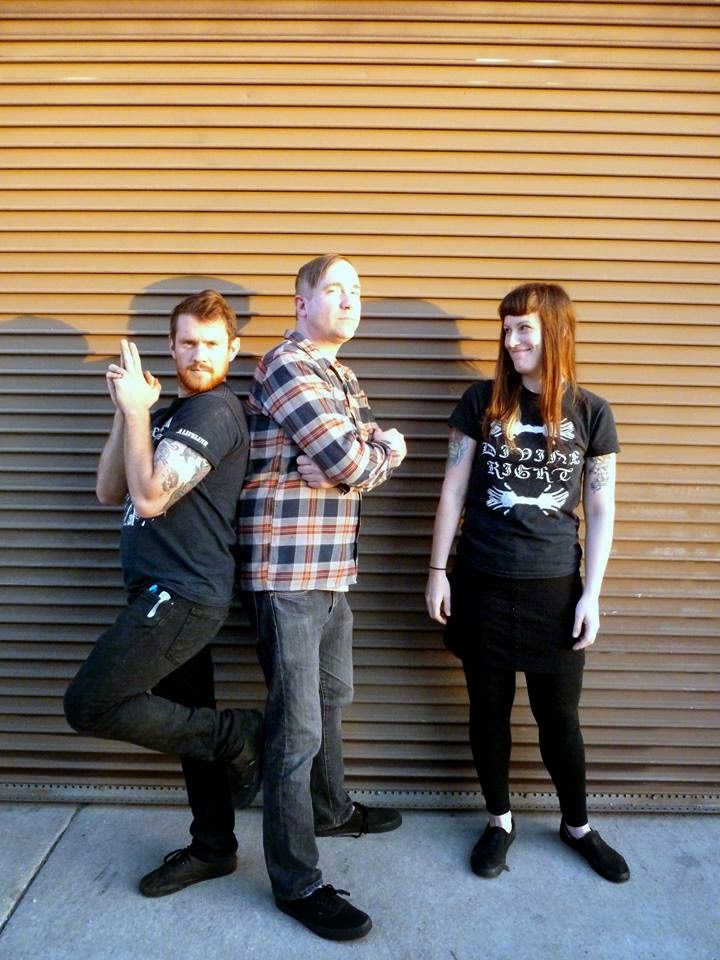 This is probably old news to most of you, but Earth Girls freakin' rule! The Chicago trio formed just last year and has already delivered a terrific five-song demo and one of this summer's tastiest pop treats - a delightful debut EP out on Grave Mistake Records. Singer/guitarist Liz Panella (Libyans, Siamese Twins, Broken Prayer), drummer Jeff Rice (Daylight Robbery), and bassist Joey Kappel (Broken Prayer, Boilerman, Embarrassed Teens) are all veterans of the Chicago punk/hardcore scene - and they've come together to create some of the catchiest and most high-spirited sounds I've heard in quite some time. The band plays upbeat, tuneful music that cannot be defined in terms of just one genre. It's power pop, garage punk, and indie pop all at the same time - full of energy and hooks and the undeniable sense that the band is having fun! Panella is a super likable presence on vocals, while Rice and Kappel propel the band's sprightly tunes as if they're hopped up on Red Bull.

Released in June, Wrong Side Of History was recorded at the same time as the band's demo. It definitely possesses the fuzzy fidelity and overall rawness that you always hope to hear from the best garage bands. But you can tell they worked hard at crafting quality songs with strong melodies. This is the kind of record that will immediately put you in a good mood no matter what kind of day you're having. Think twee pop on steroids: bubbly and infectious, but with buzzing guitars and the speed & simplicity of punk. Only one of four tracks exceeds two minutes, and the energy level remains high without ever reaching the point where you have to stop and catch your breath.

On the heels of a highly acclaimed demo, Earth Girls still saved plenty of "A" material for this debut EP. I'd say that "Unavailable" and "Wrong Side Of History" rank up there with the very best tracks off the demo. I've played all the band's songs over and over, and I can't shake the feeling that I'm craving more. How fortunate, then, that they're already working on an album! If you want to feel good about life, listen to Earth Girls!