The Number Ones make an album! 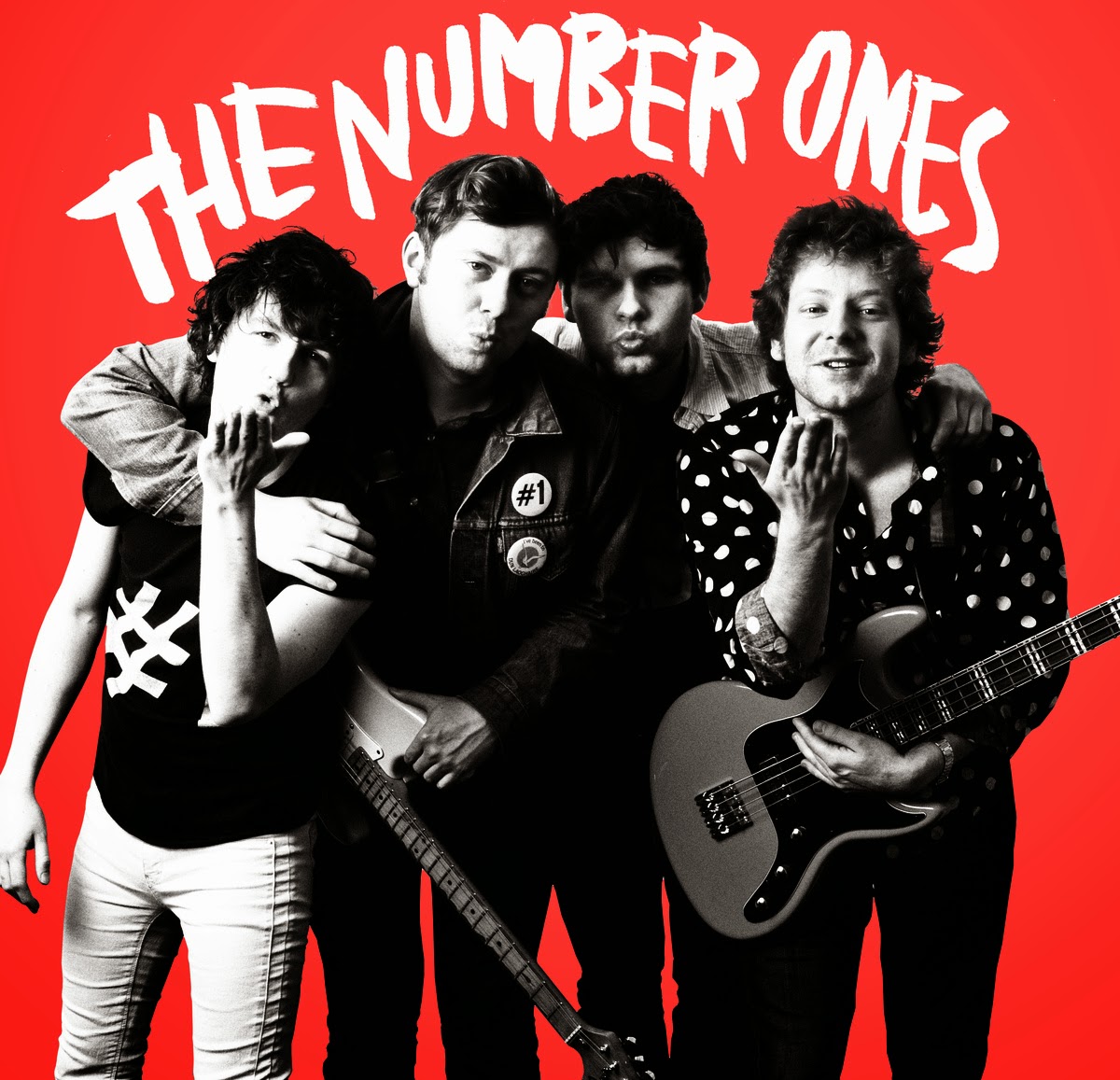 Summer 2014 - which I've deemed "the summer of power pop" - is one I'll remember for years to come. We've had amazing albums from Mother's Children, Needles//Pins, and Sugar Stems all hit the store shelves since the weather turned warm - and it's a safe bet that all three will make my year-end top five. Throw in great releases from the likes of Departure Kids, The Legal Matters, and the Steve Adamyk Band, and it's hard to deny that power pop has owned this summer! But the fun is not over! There's still plenty of summer left - and as we head down the home stretch we can now enjoy the long awaited debut album from Dublin's Number Ones!

Having wowed me in recent years with a stunning succession of 7" material, The Number Ones had me wishing and hoping that they'd finally make an album. An LP from these lads was my (no pun intended) number one musical want for 2014. And now here it is - and it's no disappointment! Essentially it's all the songs from The Number Ones' two singles plus their Italia '90 demo - along with a couple new tunes that make it clear why these guys are the hottest thing going in the power pop world!

If you're still unfamiliar with The Number Ones, think classic Irish pop/punk (Rudi, Protex, Moondogs, etc.) meets late '70s power pop. You could, in fact, convince most people that the band's debut album (out on the U.K.'s Static Shock Records) was set to be released on Good Vibrations Records in 1979. In terms of both style and fidelity, the sound is totally authentic to the period. Here, on one nifty collection, you get all your favorite Number Ones songs along with some new hits like the brilliant "Heartsmash"! A few folks might gripe about the small quantity of previously unreleased material. But I like that they did it this way and included all the old songs. 7" records tend to sell out in a jiffy these days, and there's no sense for a band to force its fans into overpaying for an out of print single just so they can hear some "exclusive" track. And the songs from the band's demo and first single have been newly re-recorded for this release. This is exactly what I want to hear from a power pop band: songs about girls, everything under three minutes, and not a trace of filler! Previous A-sides "I Wish I Was Lonely" and "Sharon Shouldn't" shine as always, while the new songs maintain or perhaps even raise the level of quality. "Heartsmash" is the kind of perfect pop song that I live to hear, while the punchy "Favourite Game" hits me straight in my '77 punk/pop happy zone.

Quite a few Irish bands over the years have been hailed as the second coming of The Undertones. The Number Ones have perhaps come the closest to being precisely that! They've certainly delivered a debut album that's up to the task - a perfect soundtrack for the optimal enjoyment of warm sunny days, time off from school, and lovely young ladies parading around in scant attire. In a perfect world, "Heartsmash" would actually take The Number Ones to #1. It, along with this whole album, will be in heavy rotation in my house for many weeks to come.