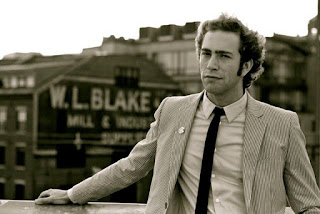 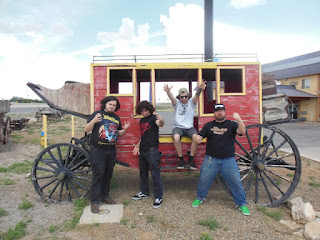 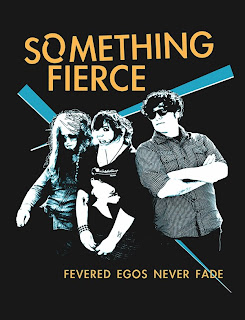 Good evening to our honored guests, distinguished nominees, and anyone else who may have wandered over from the bar. My sincere apologies go out to anyone who had difficulty finding us tonight. Our scheduled conference room was double-booked by hotel staff due to an expected apocalypse that fell through. I would like to thank the Fans of Steve Guttenberg Marching Band for loaning us this particular space for the next 27 minutes. Let it be known that they do a rousing version of "Who's Johnny?" from the Short Circuit soundtrack - a top five hit for El DeBarge in 1986.

As we do every New Year's Eve, we have gathered together to honor the year's best musical performers according to my humble opinion. I have agonized over many of these choices for weeks or even months. I drew up charts. I brought in focus groups. I sought spiritual counsel. And now the time has come to share my decisions with the world at large. Shipment on the prize trophies has been delayed, but I can guarantee unlimited free soft drink refills for all winners tonight. Act swiftly - the Big K Diet Lemon Line is going fast!

2012 has been a great year for punk/garage/powerpop music. I know I say that every year, but that's only because it's true every year. Those of you who have followed me since the '90s may have observed that these days I'm more positive-minded overall and specifically less cranky about the state of mainstream music. I have no need at this stage in my life to belittle others for the music they listen to. Life is short. Listen to what you enjoy. There's a ton of great music out there if you know where to find it. I'm just trying to spread the word the best I can. My favorite thing about doing a one-man blog versus formerly operating a webzine is that I only have to write about the stuff I like. And in the year 2012, here's what I liked the most...

EP of the Year:
Missing Monuments- (I'm Gonna) Love You Back To Life
King Louie and company had this one from the get-go. Somehow this band just keeps getting better!

Compilation of the Year:
Cold Warps - S/T + Endless Bummer
Two cassettes on one LP, and it's pop perfection!

Song of the Year:
Gentleman Jesse- "I'm A Mess"
Just one of many prime cuts off of Jesse's spectacular LP, Leaving Atlanta. I picked this one because it strikes a chord for me personally.

Album of the Year -Masters Class:
The Figgs- The Day Gravity Stopped
This award goes to the best album released by a band that's been in existence for at least 25 years. The almighty Figgs take the crown in their first year of eligibility with an overlooked double album epic.

Producer of the Year:
Wyatt Funderburk
Too often in the modern age, being a "music producer" means being skilled at technological trickery. Wyatt Funderburk, on the other hand, takes me back to the days when producers were true artists. Kurt Baker's Brand New Beat, which Funderburk produced and co-wrote, has that classic late '70s/early '80s feel and sounds especially great on vinyl.

Reissue of the Year:
Avengers pink album
It was about time!

Music Video of the Year:
Missing Monuments - "(I'm Gonna) Love You Back To Life"
Flying Vs, babes, and muffulettas. What more do you require?!

Best New Band:
Livids
This was a hotly-contested battle, as other newcomers like Jabber and The Sensibles became fast favorites of mine. But Eric Davidson's all-star crew takes it!

Record Label of the Year:
Dirtnap Records
Another close race in the wake of an awesome year from No Front Teeth Records out of the U.K. But Dirtnap, with five albums in my personal top 20, prevails again.

Album I Should Have Bought, But Didn't:
Midnite Snaxxx - self titled
Fingers crossed for a digital release in 2013! Please?

Music Writer of the Year:
Alt Rock Chick
Although this award was originally based on one particular review of an album by The Connection, this individual is consistently brilliant at her craft. If you are a fan of "old school" rock-writing and appreciate a reviewer who brings encyclopedic knowledge and genuine passion to the table, altrockchick.com is a must-read.

Beer of the Year:
Rogue Voodoo Doughnut Maple Bacon Ale
For further coverage, check out my full piece over at my beer blog.

Burger of the Year: The Bruges Burger
Central Pennsylvania's finest Belgian restaurant, Cafe Bruges, may be best known for its waffles and pomme frites. But it's also got the best burger of this or any year. Read about it on my food blog!

Movie of the Year:
The Master
Paul Thomas Anderson's best movie in years - with Phillip Seymour Hoffman and Joaquin Phoenix extraordinary in their dueling lead roles.