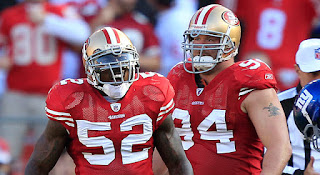 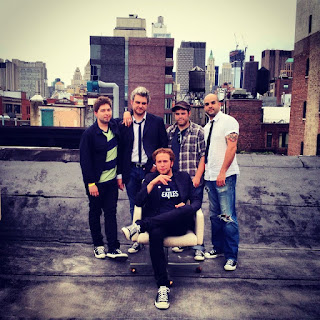 If it works for Oprah, why not for me? Here are a few of my favorite things.

Jack Black Beard Lube
This shit rules. I can go a week between shaves, and the beard still comes off smoothly and easily. If you see me sneaking out of an Ulta with a small bag in my hand, the loot is Beard Lube.

Flying Dog The Fear Imperial Pumpkin Ale
The greatest pumpkin ale ever made. This is my beer of the year runner-up. The winner is being kept secret for a few weeks.


Kurt Baker
The new king of power pop. He's delivered my album of the year and is in the running for EP of the year. He has cool hair. What can't this guy do?

American Horror Story: Asylum
Going into this year it was like, "How can AHS stop last season?" Now it's more like, "Holy shit, last season was nothing!"

Yogi Bedtime tea
I love this tea so much that it's cutting into my beer drinking.

Smashmouth football
Screw four-wide formations and high-scoring games. I want to see power runs, bone-jarring hits, and ferocious goal line stands. After watching quarterback-driven teams rule the NFL for years, it's great to see the 49ers kicking ass this year with a violent defense and a dominant running game. Hell, even the Patriots are pounding the ball between the tackles! And in college, the top two teams nationally in total defense are going to the BCS Championship. Nice.

Daniel Day-Lewis in Lincoln
If there was any doubt that he's the best actor of the last 25 years...

Gaspari Myofusion Probiotic
The only whey protein I'll ever need. I always get the chocolate flavor.

Jabber
Yeah, I just reviewed them the other day. I'm still loving their EP!

A Feast of Snakes by Harry Crews
Why am I touting a 36-year-old Southern Gothic novel? Because it rules.

Little Caesars Hot-N-Ready
I've been hearing all kinds of nonsense about how I should boycott Papa John's for political reasons. The only reason I'm boycotting Papa John's is because its product is overpriced crap. For one third of the price, I'll gladly opt for the Hot-N-Ready.

SiriusXM Soul Town
My morning ritual: turn on Soul Town, slather my face with Beard Lube, and make myself pretty. Classic soul. Motown. What more does a man need?

Sweet potato fries
Regular fries will one day be obsolete.

Kick Out The Jams
A cool blog - even if it's entirely in Spanish.

Grand Traverse Pie Company
Can I say a potential proximity to this establishment is not a factor in my intention to relocate to Michigan? No, because that would be a lie.

Kevin Love
Currently averaging 19.4 points and 14.4 rebounds per game, the big man is back and spearheading my fantasy team, The Funk Machine. The guy's a beast.

Doomsday Preppers
A fixture on the Fitzledge DVR. The fun part is not quite knowing if these are the least sane people in America - or the most.

Really enjoyed reading this list... Knowing what makes my Rutsy tick tock behind the scenes. We dont talk about stuff like this often enough in each of our blogs or BAG... You are spot onfor branching oit a bit... Especially TV. ASYLUM is quite the shit...

Is the Crazy Bread still up to snuff? I enjoyed it as much as the pizza. One day, I shall dine at the Kmart snack bar.

Oh yeah, the Crazy Bread is still where it's at! Having grown up in LC country, my wife was pretty stoked when the franchise returned to these parts. And it was the Crazy Bread that she had missed the most.