Sharp Objects can be dangerous! 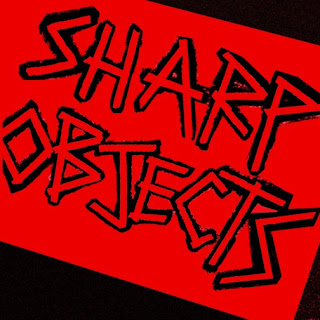 Hot damn, did I ever pick a good year to get back into music reviewing! Or did the year pick me? My Album of the Year shortlist has become somewhat of a running joke as it becomes increasingly larger seemingly every time I post a new review. It’s been that kind of year. When I started F & L, I knew there would be no shortage of good music to write about. What I didn’t anticipate, though, was getting flat-out blown away. Case in point would be the debut album from Sharp Objects. It’s not just one of the best punk albums of the year. It’s one of the best punk albums of the last several years. When my man Dirk Le Buzz talks about it being potentially classic, I’m right there with him. With all due respect to the Missing Monuments, Barreracudas, and others, the Album of the Year 2011 battle comes down to a steelcage death match between Something Fierce and Sharp Objects. It’s gonna get bloody.
Comprised of “2 guys from The Bodies, 1 guy from The Briefs, and a guy from ”, Sharp Objects could rightfully be called an “all-star” band. These guys’ bodies of work (no pun intended, I swear!) are well-known and beyond reproach. As a band, they could have been forgiven for not quite meeting expectations. But instead, they’ve far exceeded them, coming through with perhaps the best album any of these men have played on to date. I know that’s approaching hyperbole on my part, but with guys like Dirk on my side, I’ll take my chances. Stylistically, Sharp Objects hearken back to early ‘80s So-Cal punk a la TSOL/D.I./Agent . But whereas a lot of bands can fashion a respectably second-rate replication of yesteryear’s Suburbia/Another State of Mind sound, Sharp Objects are legitimately up there with the all-time greats. Like their counterparts a few hundred miles down the coast, Smogtown, these dudes are defining a new era of Cali-punk. It’s obvious which bands they emulate, and they’re not trying to re-invent the wheel. But having found their niche, they fill it with full-on ferocity. This style of music has never been played better, and Sharp Objects s/t has all the makings of a classic debut. From the scintillating opener “Plasticland” to knockout closer “Lost in the City”, this ten-song platter is a filler-free adrenaline rush of racing melodic punk with deliciously dark overtones. One song after another comes at you hard and fast, leaving you breathless with pummeling hooks and whiplash guitar leads. Far from Social D light or Adolescents re-hash, songs like “Suckcess” and “Livin in the Shadows” are punk anthems for our fucked-up times.

Just when you gave up all hope that anything resembling good taste still exists in this world to any degree whatsoever, something amazing happens like this Sharp Objects album selling out in one day. That’s right, folks: this LP, just issued on Halloween, is gone, gone, gone! Never fear, though: downloads don’t ever sell out! Get it on CD or procure a yourself a digital “copy”. Then play it often, at earsplitting volumes, and pray for a re-press! This shit oughta be framed!

The Sharp Objects LP sold out within 24 hours, I was told. Repress coming soon!! I bet No Front Teeth Records will press a version too!