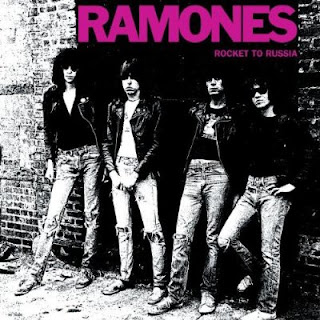 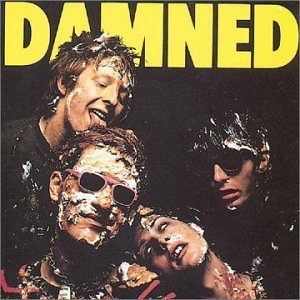 Imagine you had the opportunity to mentor a young kid on the ways of punk rock. He could be your child, your nephew, your grandchild, a friend’s kid, or just the cashier at Wawa. Let’s say this kid has not had much prior exposure to “underground” music. But he’s heard some crap band on the radio that is “supposed” to be “punk”, and now he’s showing an interest. So, do you tell him he’s a fuckface for liking that homogenized corporate crap? Hardly. You’re not an a-hole. You’re a mentor. It’s time to step in. Let him like what he likes. But tell him, “If you’re into punk rock, you might like The Ramones.” And you play him a Ramones song. Thus begins the Punk Rock Starter Kit. You give the kid a list of classic titles to check out. Or better yet, you buy the stuff for him as a gift. Come on- he’s a kid! You’re the responsible adult! You think he’s gonna drop 100 bucks out of his hardly-earned allowance on a bunch of albums by bands from the Stone Age? Consider this a small financial sacrifice that could have world-altering implications. The future of civilization is at stake!
We all have our own ideas on exactly which recordings would be essential listening for a punk rock newbie. Here are mine:
The $100 Starter Kit:
The first three Ramones albums
A best-of collection won’t do. One or two of the three won’t do. This is the freaking RAMONES, man! Don’t be chintzy! Any list of the greatest punk rock albums ever made must start with Ramones, Leave Home, and Rocket to Russia. This is your starting point. Do not deviate.
Sex Pistols – Nevermind the Bollocks
There are some who’d lead you to believe that the notoriety, scandal, media hype, and general worldwide infamy surrounding the Sex Pistols somehow diminish the value of their music. Those people would be very wrong. This is the first album to get after you procure the first three Ramones albums. Every punk newbie should have the lyrics to “God Save the Queen” memorized and perhaps even tattooed on some prevalent body part. If the opening chords to “ in the Sun” don’t make your heart race, you probably belong to the Nickelback fan club.
Iggy and the Stooges- Raw Power
You might say The Stooges are more “proto-punk” than punk rock per se. But let’s not split hairs. The Stooges are punk rock! The Stooges INVENTED punk rock!! A punk education without Raw Power is like film class without Citizen Kane. Truth be told, all three Stooges studio albums are must-owns. But Raw Power in particular is the demon seed that spawned everything from the Pistols to the Damned to the Dead Boys to Black Flag.
The Clash – self-titled ( version)
Granted, the later issue is probably a superior product. But given that this is a punk rock starter kit, the historical value of the original British pressing is unsurpassed. This record captures The Clash at their rawest and “punkest”. It’s fire and fury and righteous indignation. It’s the only band that matters, when they mattered most. If your protégé isn’t moved by “White Riot”, there may be no hope for him.
Buzzcocks- Singles Going Steady
Granted, the studio albums are essential in their own right. But the Buzzcocks were first and foremost a singles band. This is the best singles collection ever issued…in any genre of music.
The Misfits- Walk Among Us
It shouldn’t be much of a challenge to get a kid to dig The Misfits. What teen doesn’t enjoy blood, gore, horror, and zombies? But besides the shock value and parental annoyance factor, those early Misfits records constitute some of the most enduring and superbly-crafted punk music ever made. The gimmick itself was awesome – but the songs were even better.
The Damned- Damned Damned Damned
I’ve got nothing against later Damned, but for me the first album is where it’s at. Lightning fast punk rock, influenced by the Stooges and MC5, propelled by one of the greatest punk rock drummers ever. Who doesn’t love air-drumming to “Neat Neat Neat” at ungodly volumes?!

Any compilation of classic Pagans material will do, but Shit Street is probably the easiest and cheapest to procure at this point in time. They may not have worn the punk rock uniform or sung about anarchy. But along with The Ramones, The Pagans were THE defining American punk band of the late ‘70s. Younger, louder, and snottier than fellow Clevelanders The Dead Boys, The Pagans deserve nothing less than a 5000-foot gold shrine outside of the Rock and Roll Hall of Fame. I envy the punk newbie’s experience of hearing “What’s This Shit Called Love?” for the very first time - the volume cranked to full blast and all of life’s problems temporarily obliterated by the surge of sonic fury.
The $200 starter kit includes all of the above plus:
The Adolescents- self-titled
The Saints- (I’m) Stranded
Black Flag- Damaged
Stiff Little Fingers- Inflammable Material
Dead Boys- Young, Loud and Snotty
Avengers- self-titled
New York Dolls- self-titled
Stooges- self-titled and Funhouse
MC5- The Big Bang (best of)
So there you have it. This is by no means a complete primer on punk music. It’s lacking in Oi! selections and only scratches the surface of hardcore punk. It includes nothing released within the past 30 years. But it’s a start. Put these 10 or 20 albums in a kid’s hands, and from there it’ll be hard to go wrong!
- L.R.
Posted by Lord Rutledge at 3:34 PM

Where the hell are the Goddamn DICTATORS?!?!?!?

They're in the top secret $300 kit, which although not made public at this moment, will be available to all attendees of our pancake social on a hand-written scroll.

FUCK! FUCK! FUCK! I just posted this whole follow up and clicked the friggin preview button by mistake and lost all of what I typed!

Great list. I didn't hear most of it until I was in my twenties. My 12-year-old nephew already digs the Ramones and Stooges. I'll work in the other bands here and there.