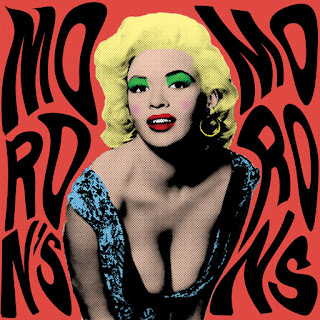 With releases now on both No Front Teeth Records and Slovenly Recordings, Moron's Morons are rapidly ascending to the forefront of the modern-day garage punk scene. I'm a fan of almost anything having to do with the great nation of Poland, and this band is no exception. Honestly, I've loved this Warsaw-based outfit since I first learned the singer was named Philo Phuckphace. The dude is a first-rate screamer! He's joined by drummer Turd Awesome, guitarist John Pauly Shore II, bassist Debbie Lee Moron, and lead guitarist Lance Romance. Issued on Slovenly this month, Indecent Exposure is the band's second EP and first American release. If you're on the Make Garage Punk Trashy Again bandwagon like I am, these four tracks will be music to your ears. I'm talking fast, wild, and gloriously unwholesome noise played savagely and recorded cheaply. What more could you possibly desire? This definitely falls on the Reatards/Sick Thoughts side of the garage punk spectrum, and that's exactly what we need more of these days. If you're so inclined, you can read the song lyrics over at the Moron's Morons Bandcamp. I'll just warn you that they're not for the faint of heart. Would you expect anything else from a band that writes a song called "Devil Sucks My Cock and Swallows" (sure to be the feelgood hit of the summer!)? You can probably surmise that "Rate Your Teacher" is not an ode to instructional excellence. "SS Girls" seems to be a live recording, but it's hard to tell since there's almost zero drop-off in fidelity. That pretty much sums up what makes Moron's Morons so great. If you like the idea of '90s garage punk, GG Allin, and Killed By Death comps all rolled into one, this is the band for you. Play loud and make the neighbors very uncomfortable!